MALTA — A public safety item is on the ballot for voters in Malta come Election Day. Malta-Stillwater EMS wants to establish an ambulance district for the first time since it was created 60 years ago.

COVID is a big reason for that. The dedicated workers at Malta-Stillwater EMS respond to emergencies across 77 square miles. Many of them have been COVID-related within the past year.

With the changing times, Executive Director Scott Skinner wants to change how this vital service is funded by establishing an ambulance district. Malta is one of the few towns in Saratoga County without one. The former Watervliet fire chief says now is the time, as more emergency calls have been coming in.

Their call volume has increased. They had a record number in April alone, with nearly 400 in one month. 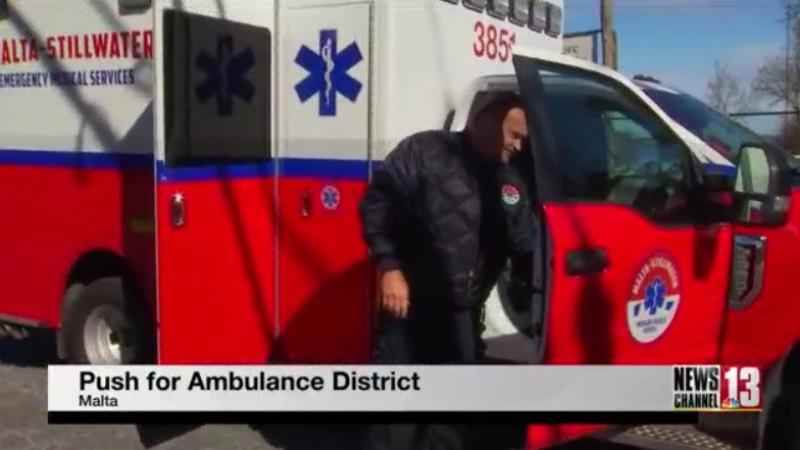 The population is also increasing.

Malta EMS is currently funded through the town of Malta’s general fund. An ambulance district would guarantee funding for them, instead of competing against other non-profits in the town, and there are a lot of them.

Skinner says regardless, the nearly 60 workers at Malta-Stillwater EMS will be there, responding to emergencies.

The vote for the ambulance district is Election Day, Nov. 2.

Creating an ambulance district would establish a property tax for the service. Learn how much the increase would be for the average homeowner by watching the video of Subrina Dhammi’s story.