WATERVLIET – NewsChannel 13 was the only station in court Monday, as a man accused of forcibly raping a 15-year-old girl in Watervliet appeared before a judge.

Police say he attacked a 15-year-old girl last week on Third Avenue – in a bedroom where she had been sleeping – just five days after his release from prison. 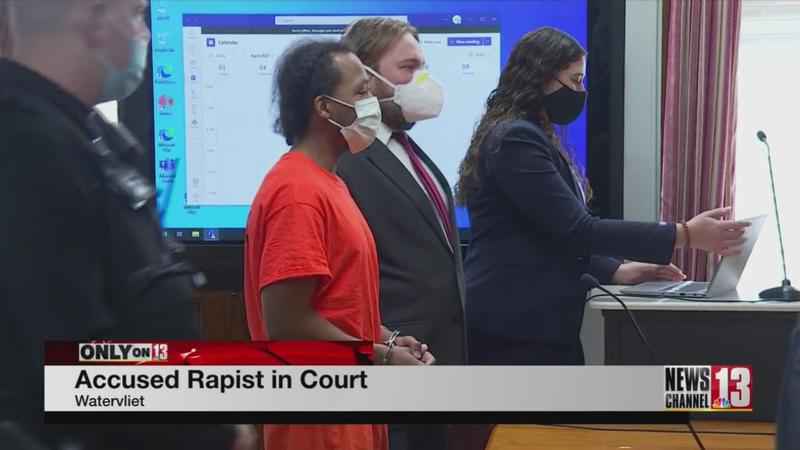 The court is moving for a special prosecutor and a conflict defender in this case.

Burch had been serving time in prison for raping a 16-year-old child in Watervliet.

NewsChannel 13’s Kumi Tucker asked Burch about the most recent charges outside court. Hear his response by watching the video.

BREAKING- Rhannad Burch, accused of forcibly raping a 15yo girl in Watervliet 5 days after his release from prison- appears in Watervliet City Court this morning. pic.twitter.com/07vkGC0GjU