It was an emotional day in Saratoga County Court Thursday, as a 20-year-old man was sentenced for his role in the death of a young man who jumped off his boat during an outing on Saratoga Lake.

Blake Heflin is getting three years’ probation in a case that prosecutors called incredibly tragic all around.

Heflin was drunk while operating a boat that hit 20-year-old Ian Gerber on Saratoga Lake on July 4.

It was a day of young people having a good time, but at about 7 p.m. that night, Gerber lost his life. 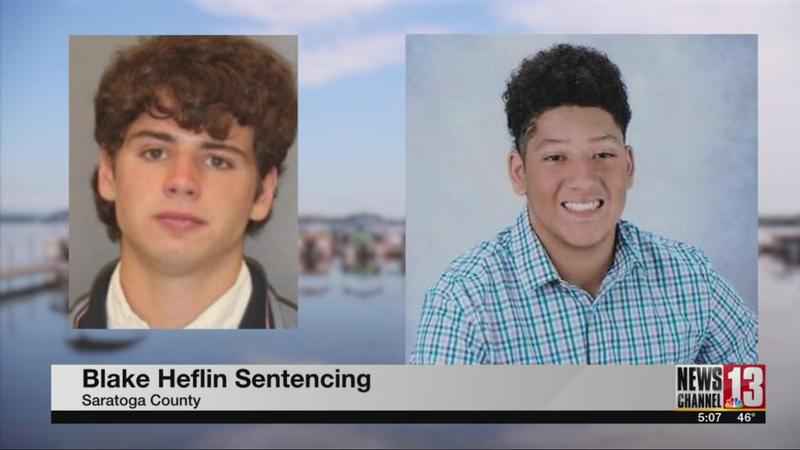 Heflin had pleaded guilty to boating while intoxicated and assault. Now he appeared before Judge James Murphy in Saratoga County Court to be sentenced.

Prosecutors say this was a tough case, and a tragic one.

Heflin did not make a statement in court Thursday. His attorney said there is a pending civil action.

He is also not allowed to operate a boat for one year.

In a powerful victim impact statement, Gerber’s mother forgave Heflin for what he did.

Hear Heflin’s attorney explain how that speech left his client in tears by watching the video.