A man is dead after a boating accident on Saratoga Lake.

It happened around 7 p.m. Sunday.

Saratoga County Sheriff was joined by at least three other agencies Monday, all launching their boats in Saratoga Lake. NewsChannel 13 is told they were looking for evidence.

No one seemed to have the details as to what transpired before Gerber’s death. Unconfirmed reports say he was in the water near Sandy Bay, not far from the Saratoga Lake Sailing Club, when the propeller of the boat he had been on or possibly another boat hit him. 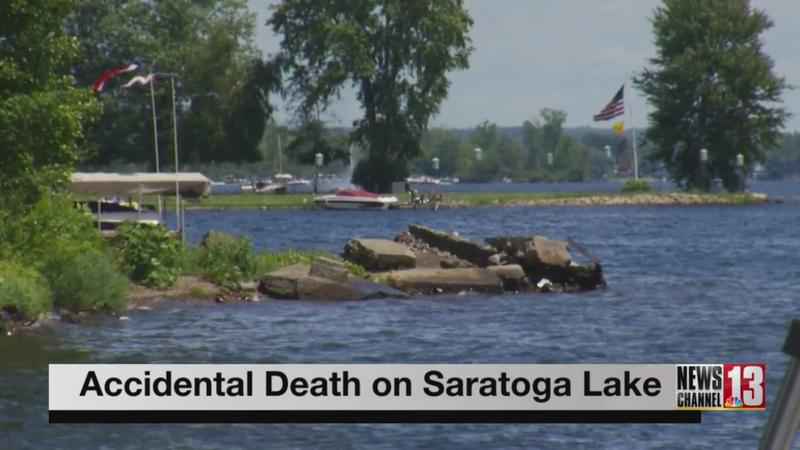 NewsChannel 13 spoke to one boat owner in the area. He says his family heard the call go out for help around 7 p.m. Sunday, so he hopped in his boat and went to where that call had come from.

He says when he got there in his boat, he saw a bunch of young people around the victim on a pontoon boat and it looked like it was probably too late for the victim, but that all those people were visibly scared and upset.

The sheriff’s press release says no further information will be available until Tuesday. However, many people around the public boat launch off Route 9P Monday we’re unaware of what had happened less than 24 hours earlier. Many were carrying cases of beer onto their boats, past signs warning about boating under the influence.

"When and if alcohol is involved, these incidents can happen," said Joe Asadorian of Mechanicville. "People need to be more responsible. That’s all I can say."

Anyone with information on the accident is asked to email Inv. Zalucky at rzalucky@saratogacountyny.gov or Inv. Robinson at mrobinson@saratogacounty.gov.