The man trapped for four hours Wednesday near the bottom of the trench in Halfmoon is out of the hospital and doing well.

A spokesperson for the Sitterly Manor Apartments says the man even came back Thursday to see his coworkers.

More than 70 firefighters worked for hours on Wednesday to rescue an apartment worker who was stuck in a trench. The man has some minor bruises, but is okay.

Some of those who rescued the man were firefighters from the Colonie Village Fire Department. 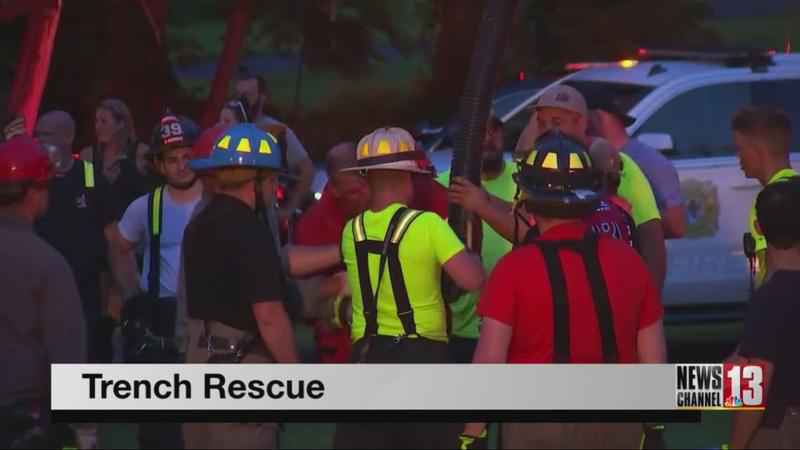 The man who was rescued is actually taking another plunge this weekend – he’s getting married.

"Last night was an excellent outcome. That’s the outcome that we always hope for, but trench rescues are very labor-intensive and very lengthy. You can’t just go in and pull somebody out," explained Jeff Kayser, the chief of the Colonie Village Fire Department.

Learn more about the rescue operation and how it works by watching the video of Jonathan Hunter’s story.