"I certainly received a lot of crazy looks and comments when I first told people I was trying to run 40 miles. I’ve been a runner for a long time, but I’ve never done anything like this," Venter explained.

Venter’s been training since March, and instead of birthday gifts, he asked people to give $40 donations for his 40-mile run. The donations go directly to the Circle of Champs program with the Capital District YMCA.

He spent several years working for the YMCA and is now a volunteer.

"It’s a program for children who have a life-threatening illness, and it’s done so many tremendous things for children and their families, from YMCA memberships to allowing the children to go to summer camp, to picnics in the fall," he explained. "It’s had such an impact on so many kids who are going through really difficult times." 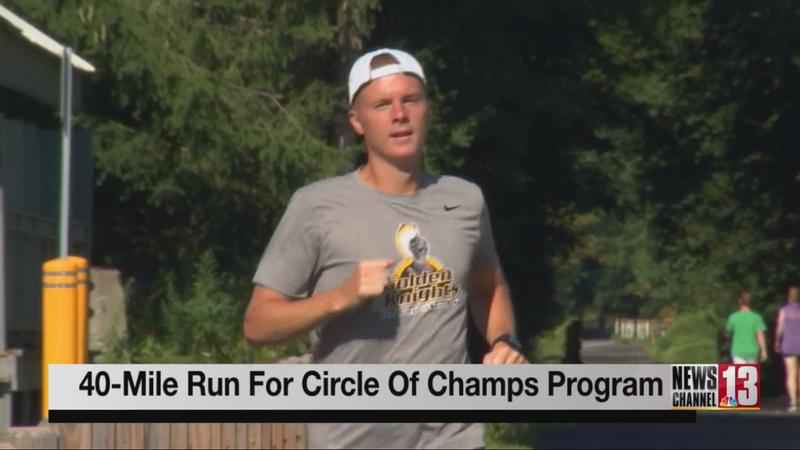 On Saturday morning, he set out to get the job done, putting one foot in front of the other. He ran through Delmar, Slingerlands, Elsmere, New Scotland, and Glenmont, completing the race in less than seven hours.

While there were plenty of times he wanted to give up, Venter never did.

"I felt there was no way I couldn’t do this 40-mile goal knowing what these children and families go through," he said. "As difficult as my run was, it really was nothing compared to how difficult these families and children have it each day."

He hopes his story inspires someone else to set their own goal and lend a helping hand.

Venter says he would love to get a $10,000 donation for the Circle of Champs. If you would like to donate to the cause, click here.