A judge on Monday released Jordan Young from the custody of the Albany County Sheriff’s Office.

He is no longer shackled to his hospital bed.

Correctional officers watching him 24/7 were expected to leave Monday evening.

Young is still in the trauma unit at Albany Medical Center after he was shot by Albany police back in January. 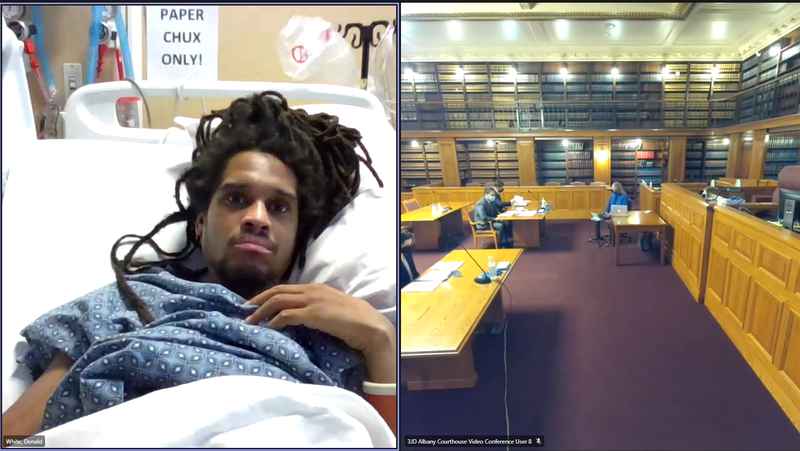 Jordan Young appears in court from his hospital bed.[WNYT]

Body cam video showed him charging at an officer with what appeared to be a knife.

His attorney, Rebekah Sokol, says Young is hardly a flight risk, and she says judges abused their discretion when they refused to set bail.