Many people do not know what Juneteenth is about

This is the second year that Juneteenth will be celebrated as a federal holiday.

It is becoming known and accepted in popular culture, but many people still do not know much about the holidays.

NewsChannel 13 hit the streets to ask people about their knowledge of the holiday.

The first question everyone was asked is, do you know what Juneteenth is about? 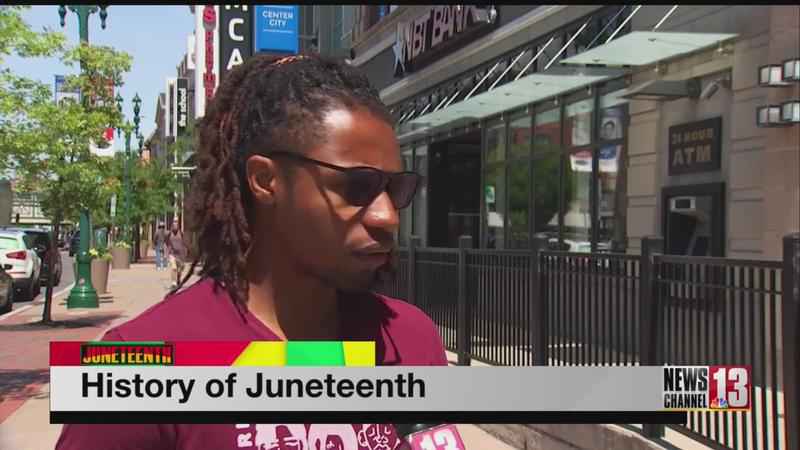 Our team got mixed answers.

“No, I don’t. I don’t know nothing,” Lulu Evans said, a resident in Schenectady.

Some people knew little to nothing.

"Not very much. Other than it’s supposed to be an African American holiday,” Alvin Green said.

Green, another Schenectady resident, said he did not learn about this in school

“Just from word of mouth. People talking about It."

Others gave an extensive answers.

“After the emancipation proclamation there was still a variety of slaves throughout the much of the southern states who were still not free and it took several years after the fact, after the end of the civil war, for that last group of slaves to be free,” Madison Holley said, a recent graduate of Union College. “Juneteenth is the celebration of that last group getting their independence."

In short, Juneteenth marks the end of slavery in the United States. On June 19, 1865, soldiers went to Galveston, Texas to deliver the news that the Civil War ended and enslaved people were now free.

When NewsChannel 13 talked to Betty Fuller and Donna Kubina, two residents in the Capital Region, said they knew a lot about the history of Juneteenth through their jobs with the state.

“I celebrated it long ago and encouraged knowledge about it back in the day. Probably sometime in the mid-2000’s,” Fuller said.

However, they said there needs to be more education about Juneteenth.

"People are people. Everybody should know about all people,” Kubina.

Juneteenth was made a federal holiday following a national reckoning on race and social justice movements after the deaths of George Floyd, Breonna Taylor, and Ahmaud Arbery. People have opinions about it’s timing.

One man explains why he believes black trauma plays a role in federal policy. NewsChannel 13 will explain this tonight, June 17 starting on our late newscast at 9 p.m. and 11 p.m.