A lot of people love Margaret Burnett’s cupcakes and banana pudding that she sells on Wednesdays in the Empire State Plaza.

She learned to cook – like many moms – just to feed her family, but it was her daughter Adel who told her she was good at it, especially her baking, which she shared with neighbors and strangers.

She suggested her mom start a business.

However, Burnett had a job – a daycare center. The pandemic put an end to that, and so she took up baking in 2020 as a tribute to Adel and a way to go on living without her. 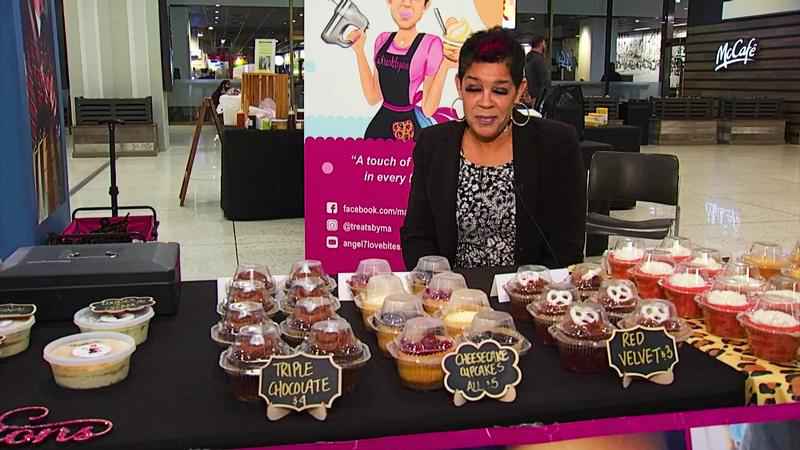 Through Burnett’s business – Treats By Ma – she’s still using food to connect with others, but this time, she’s celebrating the daughter that celebrated her.

Learn more about how the treats Burnett makes are helping to carry on her daughter’s legacy by watching the video of Elaine Houston’s story.

You can email Margaret Burnett at: Mrburnett2007@yahoo.com