BALLSTON SPA – The owner of Russell’s Deli in Ballston Spa says he is struggling with some confusion over the mask mandate, and since he has not been able to get anyone from the state to get back to him, he reached out to NewsChannel 13.

Like so many other business owners, Russell Shapiro is short staffed, which means he doesn’t have time to ask customers about their vaccination record. All he has time to do is make sure customers are wearing a mask. If they do, they get served. If they don’t, they leave. That’s what the state mask mandate requires them to do.

However, Saratoga County officials say they will be policing the mandate. Apparently, some customers took that to mean they don’t have to wear a mask. 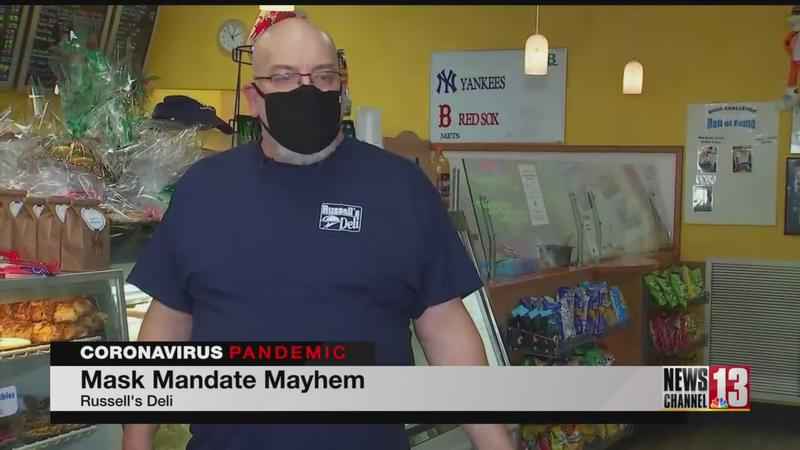 However, because the mandate is issued by the state, Shapiro wants to make sure the state doesn’t fine him.

He says he called the governor’s office Tuesday for clarification, but received none.

Hear about his frustrations trying to clear things up for his customers when he’s still a bit unclear about the rules by watching the video of Dan Levy’s story.