Mayoral candidates separated by handful of votes in Rensselaer 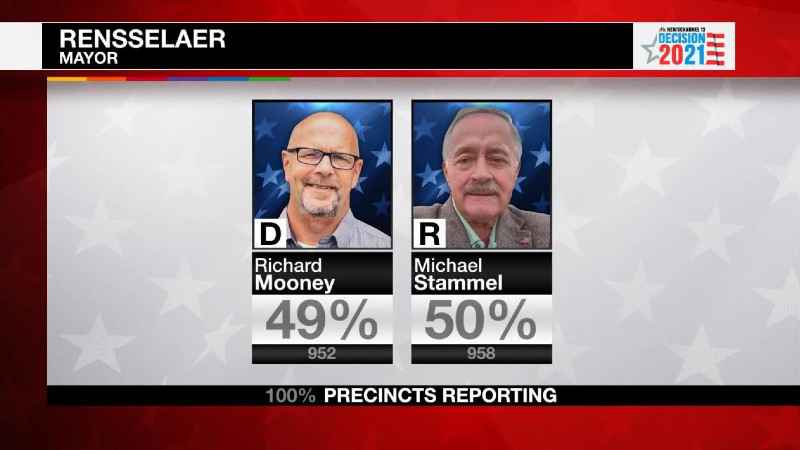 The race for mayor of Rensselaer is a tight one.

Stammel has received 958 votes, while Mooney got 952 votes. That’s with 100% of precincts reporting.

Stammel took to his Facebook page early Wednesday morning, saying "It will be a while before this race is over, so keep the faith."

"We knew this election was always going to be a fight from the beginning. Tonight, this race is far too close to call and with nearly 200 absentee ballots still outstanding, I remain confident – once each and every ballot is legally counted – that we will be victorious," Mooney wrote on Facebook.