The mayors of Albany, Schenectady and Troy sent a letter to the New York Independent Redistricting Commission. They are urging the commission to keep their cities in the same congressional district.

The mayors say all three cities share many of the same opportunities and challenges. They say it does not make sense to be in different congressional districts.

All three mayors came together Wednesday at Schenectady City Hall. The redistricting commission has been tasked with crafting new congressional maps as a result of the 2020 census. Under one of the commission’s draft plans, the city of Schenectady is drawn into a congressional district that includes Sullivan County, the city of Binghamton and parts of Madison County.

Schenectady Mayor Gary McCarthy says all three cities work together on a wide range of issues facing their residents. 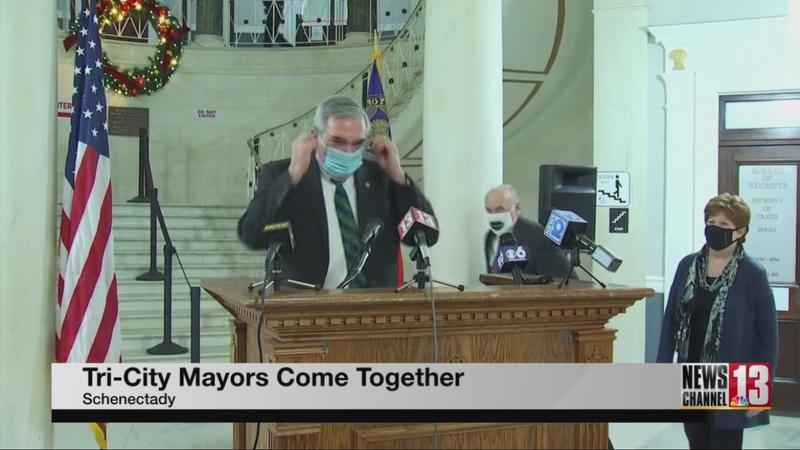 "I wish Binghamton well, I wish Syracuse, the other communities well. We have the interaction with those, but the reality is the Capital District is a separate entity with much stronger commonalities in terms of problems and opportunities, and we need that congressional leadership to stay the way it is," said McCarthy.

NewsChannel 13 reached out to the redistricting commission for comment, but did not hear back yet. The commission will hold their final statewide virtual hearing on December 5 at 2 p.m.