The Albany Police Department is investigating yet another shooting in the city. The latest incident took place on Central Avenue Friday night. The Albany Common Council is continuing to work with police to address the violence.

Tom Hoey from the Albany Common Council says he was in bed Friday when he got an alert there had been shooting. According to Albany Police, they responded to the 100 block of Central Avenue, just west of Lexington Avenue. They located a 47-year-old male who had been suffering from a gunshot wound. He was taken to Albany Med.

The latest shooting comes after six people were shot in shootings last weekend. Hoey sits on the public safety committee. He says they are hoping to create a public safety group. The group would have community members who would address small matters, so they don’t escalate.

"We’re going to continue during the year, develop this commission that will be in charge of not the police work, but community reaching out to the community and taking care of small problems before they escalate.

Albany Common Council Member Richard Conti says the city has received money from the state. He would like to see that money go towards anti-violence prevention programs. 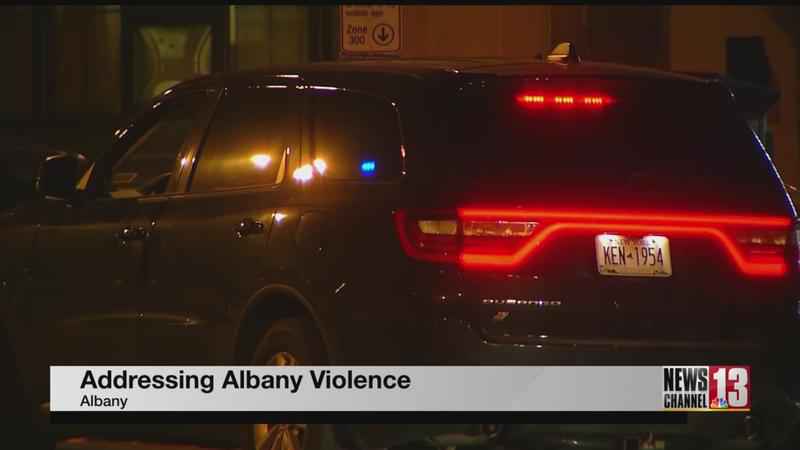 As of Saturday, Albany police say there have been 46 shootings and 13 homicides so far this year.