Menands: Caught in the crossfire

MENANDS – Police in Menands are seeing increasing gun violence, just like Albany and Troy. However, Menands is a smaller department and Police Chief Frank Lacosse tells NewsChannel 13 it’s getting out of control.

Lacosse says crime is bleeding into his village from larger cities.

We’re investigating how Menands police are caught in the crossfire without all the resources Albany and Troy have to fight crime.

The chief is worried one of his officers is going to die. 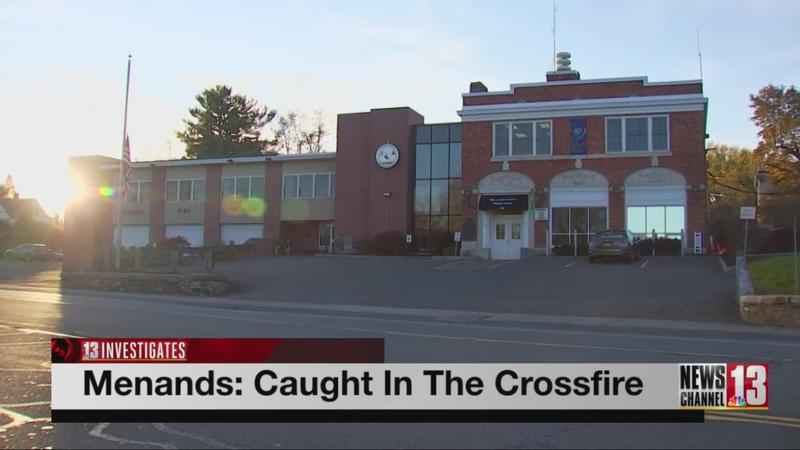 On a recent ride-along with Detective John Murphy, a woman pulled over for a suspended registration took off.

That chase did not involve a gun.

"But it is a good example of how quickly it just goes from okay to bad," said Det. John Murphy.

However, police say there are more guns putting police lives at risk.

Lacosse believes crime is coming from other cities.

The chief says it’s getting more violent, and his whole department is dealing with the fallout.

"We have to pretty much put everybody out there. The detectives go out, I go out, the lieutenant, everybody has to go out there, and it ties us up," said Lacosse.

Menands only has two people patrolling alone at once.

"So the gun problem is much bigger than I ever recall it used to be," said Lacosse.

In early October, his department recovered three guns from five people at one traffic stop. That’s more guns than they’d expect to see in a year.

"You could take on several police with that. We do have rifles, but we pull up, and they start firing rounds out, then we have a big problem.

It worries me that we’re at this point today," said Lacosse.

Officers quickly realized they could have been out-gunned.

"It worries the hell out of me," said Lacosse.

Detective Murphy was there as backup.

"In the back seat was the AR, that rifle, that ghost gun, with magazines, had three magazines and they were all taped together where you could just, once one is done, you just take it out and you have another one handy," said Murphy.

There’s one piece of technology Chief Lacosse says would make Menands safer, but he’s having trouble getting it.

Learn about what it is and what’s behind the trouble to get it, by watching the video of Stella Porter’s story.