That statement can apply for both the surge in COVID cases across the nation, as well as increased threats of violence at schools.

We’ve seen social media challenges encouraging students to physically attack one another, their teachers, or to damage school property.

Last week’s threats on TikTok had parents keeping their children home – and some schools even closing their doors. 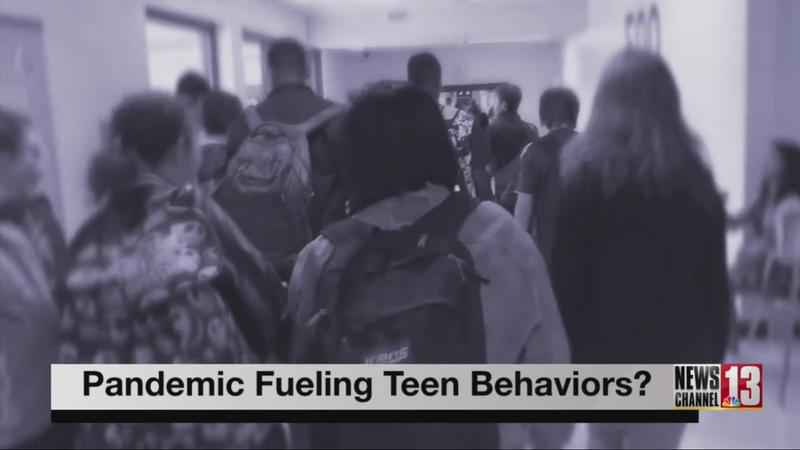 In a recent email, he wrote, "In the Capital Region and at Shenendehowa, we have witnessed increased anxiety in school and a recent uptick in negative student behaviors."

"Class cutting, vaping, verbal and physical altercations, and other negative behaviors have been prevalent over the past few weeks," he added.

The fact that it comes at the same time as a dramatic uptick in COVID cases is not lost on Saratoga mental health counselor Dana Panetta.

"It’s a combination of the isolation piece and not having the face-to-face social interactions and engagement right in our community and in our schools that maybe they had before, and it really is taking its toll over time," said Panetta.

Panetta says the pandemic has created a society for young people – where their most reliable social interaction continues to be social media.

"Sometimes when our kids are seeing things on social media, they’re assuming that it’s…common occurrence, and so they are acting on it," said Panetta. "‘If everybody else is doing this, then I can do this, too.’"

She says social media teaches very little about consequences, which teenage brains are not well-equipped to understand anyway.

"Developmentally, they are at a time where the part of their brain that considers consequences is still developing," said Panetta. "It can mean that we tend to be more impulsive."

Learn how Panetta suggests schools and parents respond to students acting out, and why she says despite everything that’s been happening, this generation is not so different from those that came before it, by watching the video of Jerry Gretzinger’s story.