SAUGERTIES – The mother of a 6-year-old girl found alive under a staircase in an Ulster County home appeared in court on Wednesday. Kimberly Cooper pleaded not guilty on all counts.

Saugerties police found Cooper and her daughter, Paislee Shultis, hiding under a staircase on Feb. 14 during a search for the child.

Cooper and two other family members were arrested for Paislee’s abduction. 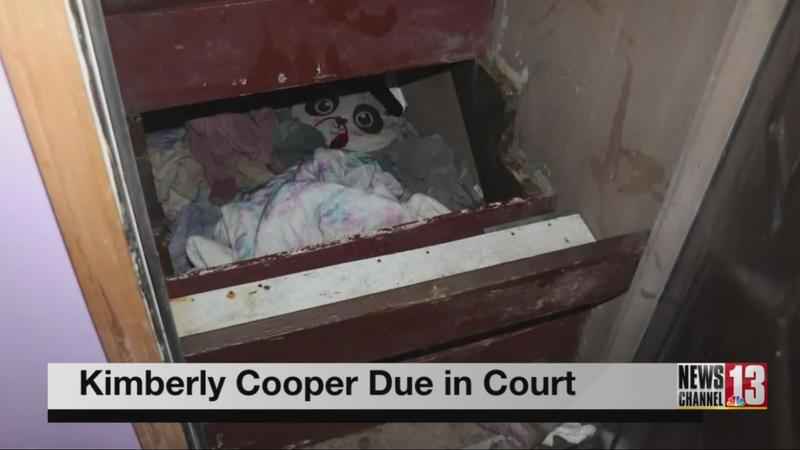 Cooper’s lawyer is trying to get the order of protection to be modified to visitation to be able to see Paislee. Cooper lost custody of her child in 2019 – the same year she was reported missing.

Saugerties police say Cooper was also hiding inside the staircase with Paislee because she had a warrant out for her arrest.

Wednesday’s court appearance was a much different look than two weeks ago when Cooper first appeared at Saugerties Court. She kept a blanket over her head to avoid the cameras.

Everyone in court was dressed in blue. They would not tell us why they wore that color.

Cooper was holding hands with Kirk Shultis Jr. – Paislee’s father. He was also arrested for abducting the child, along with the grandpa – Kirk Shultis Sr., who also came to the court appearance.

NewsChannel 13 tried asking them a question when they were entering the courtroom, but got no answers.

BREAKING: Kimberly Cooper pleads not guilty on all counts in Saugerties Court today. She was arrested for abducting her daughter, Paislee Shultis. She lost custody of the child in 2019. They found Paislee hidden alive inside a staircase. This is video of Cooper going to court. pic.twitter.com/I3xlZMYd7j

The case has been adjourned until April 27, the same day as the other two family members’ court dates.