Albany police are still trying to figure out who killed a 30-year-old woman found dead in her apartment last week.

Ahsid Hemingway Powell’s mother, Jackie, was at the apartment Tuesday, cleaning it out.

She said cleaning out her daughter’s apartment is one of the hardest things she has ever had to do.

Police found Ahsid on May 31. Her death for her family is still largely a mystery. 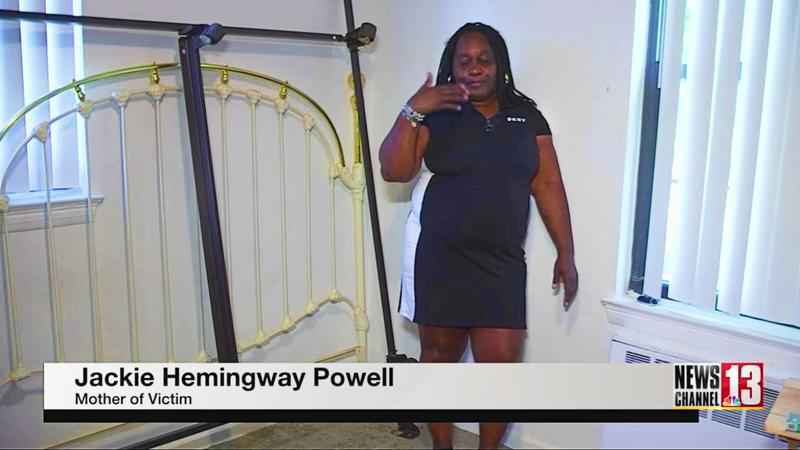 Powell says she still does not know how her daughter died.

Jackie called her daughter the Saturday on Memorial Day weekend, just as she did every Saturday. No answer. She tried her again the next day. Still no answer. Finally on Memorial Day, she came knocking on the door, and got nothing. That’s when she called the police for a welfare check. The wait outside felt like an eternity.

NewsChannel 13 saw pieces of carpet cut out in her bedroom at Loudon Arms Apartments, a section of the wall also removed as part of the police investigation.

Ahsid just turned 30 on May 6. She graduated from UAlbany May 13. She wanted to be a physician’s assistant.

She was transgender. Her mom says her daughter was so proud of her transformation, and was so happy. She’s hoping for any kind of sign that helps figure out what happened.

In our own voices, an advocacy group for the LGBTQ+ community, has been collecting money for a reward leading to the arrest and conviction of the person who killed Ashid. The reward is up to $3,000.

Hear Ashid’s mom talk more about how her daughter will be remembered by watching the video of Subrina Dhammi’s story.