A cross country tribute to honor fallen soldiers made its way to the Capital Region Sunday.

A group of motorcyclists are spending their summer traveling across the country to honor those who died in military service. This was for the 12th annual Tribute to Fallen Soldiers Memorial Torch Motorcycle Ride.

On Sunday, they stopped by Saratoga Springs and Schenectady to remember army Sgt. Raymond Warlikowski Jr and Sgt. David Fisher.

The motorcyclists came to Schenectady first to visit the family of Raymond Warlikowski jr. Warlikowski was a veteran who spent four tours in Iraq and Afghanistan. The riders then made their way to Saratoga Springs to meet with the family of David fisher. Fisher was killed in the Iraq war. They gave each of the families a plaque and a portrait of their loved one. This year the Tribute to Fallen Soldiers will honor 75 fallen service members. The goal of the ride is to let the families know they haven’t forgotten about their relatives who died. Many of the families were appreciative of the support.

The ride this year will conclude on August 8th at Arlington cemetery. At the end of the ride they will be honoring Beau Biden, the son of Joe Biden and Brian Sicknick, the Capitol Police officer who died after the January 6th capitol attack. 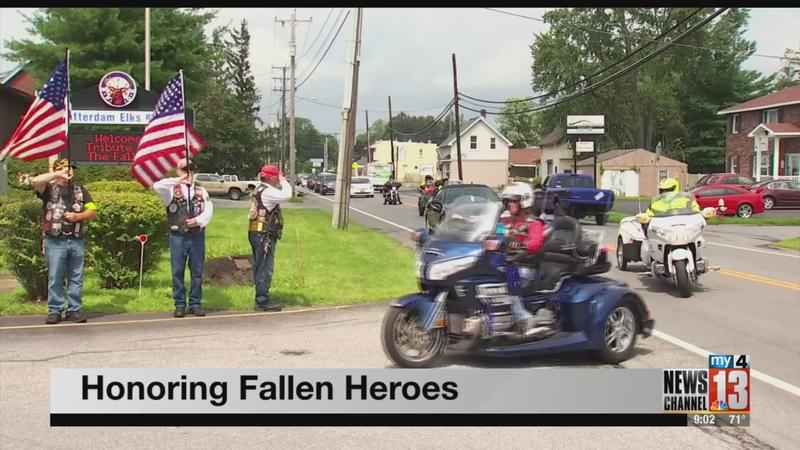