Several people have reached out to 13 Investigates after we told you about a Schaghticoke man who was charged for a toll in Indiana, even though he never went there.

All of these people are expressing similar issues they’ve been having with E-ZPass.

The reason Perry Denton told his story to 13 Investigates about a wrong E-ZPass charge is because he thought he might not be the only person with the same issue.

"I can’t believe I’m the only one this has happened to and if I am, I guess I’m concerned." 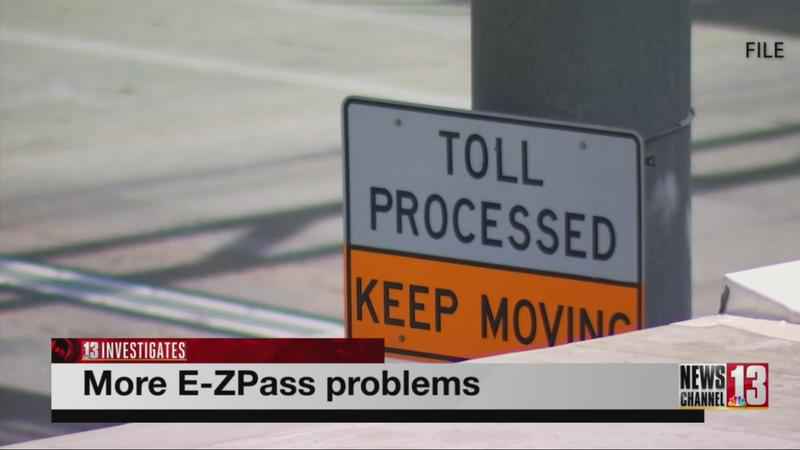 After NewsChannel aired Denton’s story on Dec. 13, we received several emails and over a hundred Facebook comments, many with similar problems.

From the emails, people told us:

"I have an ongoing battle with them due to constant over billing. Their activity report looks like it was designed by a 3-year-old, and contacting them is next to impossible."

"I also was similarly charged by E-ZPass for a Georgia driver’s expensive trips into NYC…due to the many hours I lost in trying to resolve this matter, I have discontinued use of E-ZPass."

On Facebook, many of the comments are just the same.

NewsChannel 13 reached back out to the Thruway Authority. We station told them about the similar problems others had with E-ZPass.

This is what they gave us: five tips that could help customers.

2) Mount your tag properly: install your E-ZPass tag on the windshield.

5) Closely monitor email alerts: they could be in your spam or junk folders.

The New York Thruway converted to an entirely cashless tolling system in November 2020.

The Thruway Authority said they do not have control of charges from other states and New York City.

There are several ways to contact customer service to receive help with a toll bill:

– Fill out the form located at https://www.thruway.ny.gov/about/contact/index.html to have a representative contact them.