NASA will begin its first-ever attempt early Wednesday morning to redirect an asteroid.

A spacecraft called DART will launch on a SpaceX rocket. It will travel more than six million miles to reach the asteroid and collide with it at 15,000 miles per hour.

NASA scientists will then watch to see if the trajectory of the asteroid changes after impact.

This particular asteroid does not pose a danger to earth, but the mission is considered an important test.

DART isn’t expected to make impact with the asteroid until fall of next year. 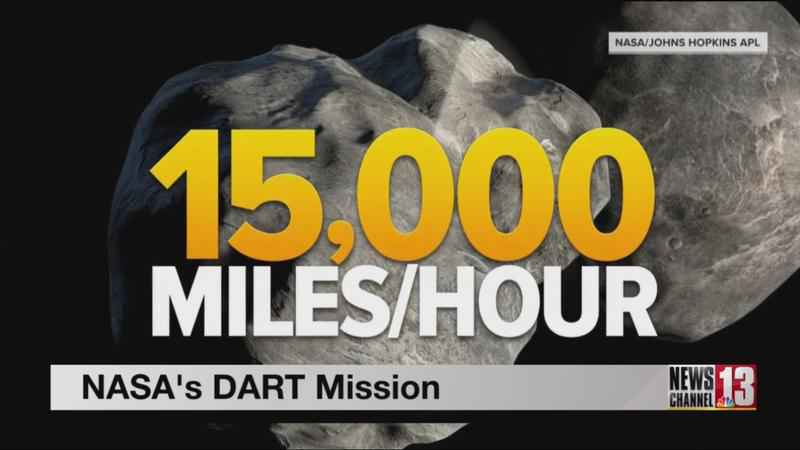