Nearly a week after devastating flooding in Rensselaer County, the cleanup is nowhere near complete.

Rensselaer County Executive Steve McLaughlin was once again out assessing damage on Tuesday, just like he’s done every day since the flooding happened. He was also checking on conditions all over the county and answering questions from residents.

"When someone like this happens, everybody says ‘FEMA, FEMA’s going to come in.’ FEMA won’t really come in until you’re hitting about $30 million of damage, and that’s statewide. We did not hit $30 million, I don’t think, but I want everything documented just on the off chance that we do get to the $30 million mark," said McLaughlin. 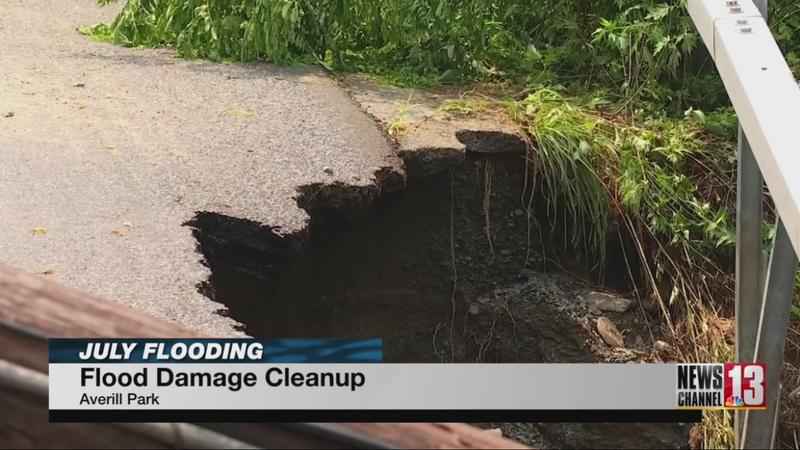 Two roads were closed to traffic because of new storm damage. One was Best-Luther Road or County Route 53. The storm took off the side of the road before. The new damage is that a pole toppled over.

The county executive took a look at work being done there.

One longtime business, Tremont Lumber, is also cleaning up from big damage.

They say they’ve never seen anything like this in their 38 years at this site.

Learn about how much inventory they lost by watching the video of Kumi Tucker’s story.