A decade-long battle between a seal coating business and neighbors continued Wednesday night. The town of Colonie’s Board of Zoning Appeals held a meeting Wednesday to determine whether Empire Sealcoating has been operating illegally.

Nearby neighbors believe the company has been in violation of town law. The business maintains they have done nothing wrong.

Empire Sealcoating sits on Sunset Boulevard. It’s located next to a residential neighborhood. Neighbors have complained about the traffic and noise. The business has been there since 1967 and has had multiple owners. 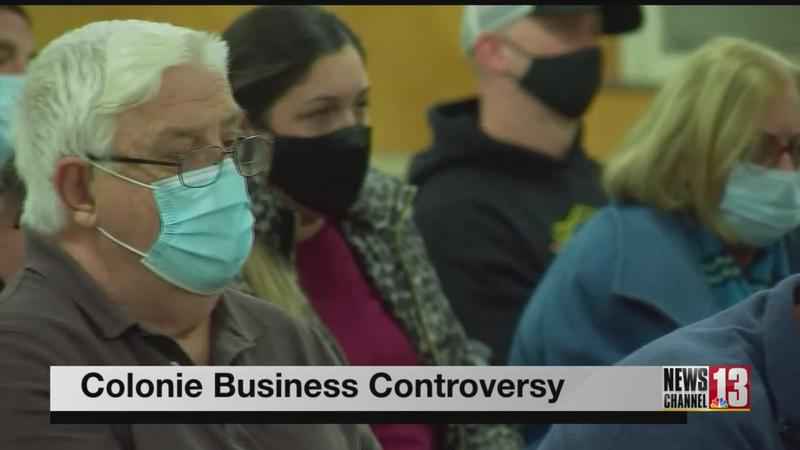 The late Ed Person brought the property in 2009. According to the Colonie town attorney, the neighborhood was rezoned as residential in 2007. However, the business was granted what is called a non-conforming use. This means they could still operate as long as they did not expand.

The initial agreement stated they would operate four days a week, and that the trucks would come in and out twice a day. Neighbors and the attorney representing the town argue the business has been in violation of the law and has been operating beyond the agreement.

The wife of the late Ed Person is Maran Person. She says her husband followed all the rules when he purchased the company.

She says her husband committed suicide last year after a previous hearing. Maran Person believes the stress of the situation is what led him to take his own life.

Her attorney believes the town should be standing by the business. He says his client filled out a 2019 verification form that was approved.

"It’s pretty clear that what the applicant presented, which is Empire Sealcoating, presented back in 2009 as far as the proposed use of the property was very much violated by how they were using the property in 2019, 2020 and several years before that," said David Rowley, the attorney representing the town.

"To me, this is a hatchet job. To me, there is politics involved that we will never know about. In 15 years being a municipal attorney, I’ve never seen a municipality take this kind of action without providing any sort of justification," said Gregory Teresi, attorney representing Empire Sealcoating.