A NewsChannel 13 investigation is prompting action at a Schuylerville apartment complex.

The apartment complex has been without adequate heat for weeks.

These residents are finally getting their new boiler installed.

The nearly 20 residents have been told that the boiler was going to be replaced nearly two weeks ago. 13 Investigates was also told the same thing. However, the dates kept getting pushed back. 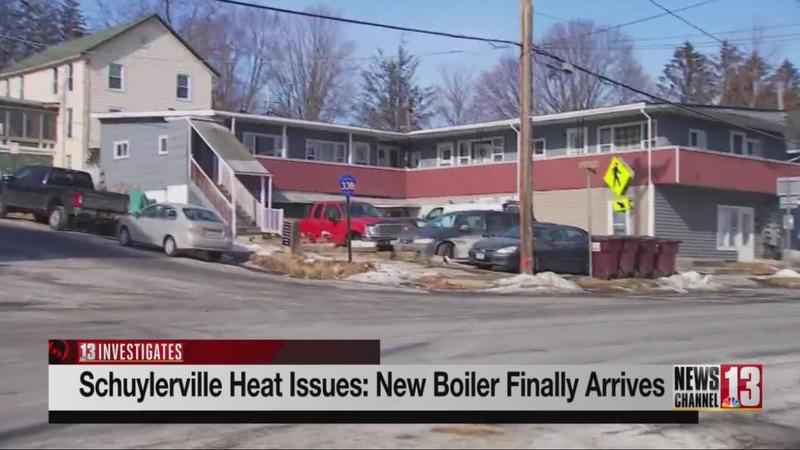 We’ve been told it’s because of supply chain issues that it kept getting delayed.

Even though the boiler was picked up Tuesday, it was also supposed to be installed Wednesday, but that did not happen.

The name of the company hired to install the boiler is RM Property Works.

Another man who is a certified licensed heating installer has been brought in to help out and make sure it’s working properly.

Because this is all happening in the middle of winter, residents brought up a valid point. They are scared the pipes are going to freeze and break, since their heat did not work properly since mid-January.

13 Investigates spoke to the contractors on Wednesday.

They told us they’ll stick around after the boiler is installed to make sure everything goes smoothly.

If something else needs to be fixed, they’ll get right on it.

Many of the residents decided they don’t want to go on camera and talk about this issue.

One of them finally agreed Wednesday to do an interview, but backed out at the last minute.

From what some of them have said, they don’t think speaking up will make a difference, and they don’t want a target on their back.