Katie Flanigan has been a social worker for more than 20 years, and she is helping lead Albany County’s new response program, ACCORD. It stands for Albany County Crisis Officials Responding and Diverting.

It is something she says is critical now more than ever.

"Mental health crises are just increasing," explained Flanigan, who serves as the clinical director for emergency crisis services and training. "One in five individuals will be diagnosed with a mental illness in a given year."

Flanigan is partnering with paramedics like Nena Ruiz to respond to non-violent emergencies in the hill towns. The goal is to help individuals in need, and the sheriff’s office.

"The social workers can spend 20 to 30 minutes listening to what it is the person is going through rather than the police who have to be able to respond to the next call coming in," she said. 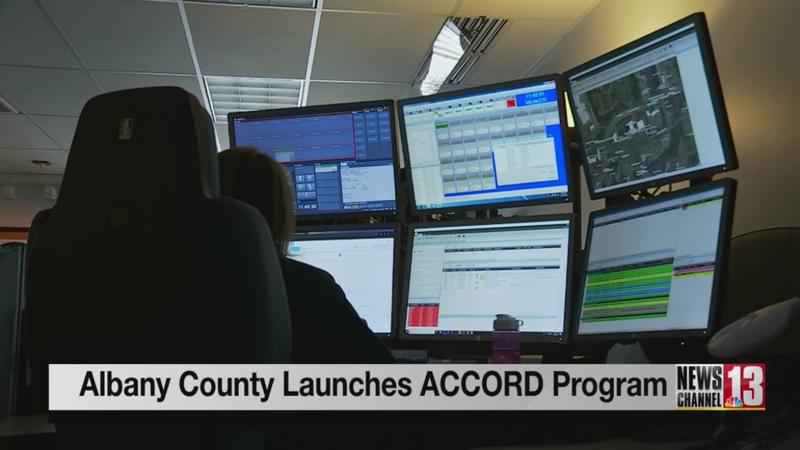 While the program only launched a few days ago, the team has already received a few calls. Ruiz described one of the situations to NewsChannel 13’s Sam Hesler.

"We got called out to do a mental health evaluation for him and the social workers were kind of able to set up the family with better resources," Ruiz said. "They were able to get him into the mental health clinic that the county has."

Both Ruiz and Flanigan say it is helpful to have each other’s expertise out in the field.

"To have these social workers with us, to help determine who needs to go to the hospital, who might just need something else…it has been just an eye-opening experience," Ruiz said.

"Sometimes when people appear to be emotionally distressed, it may not be because of a mental illness, it may be a medical issue," Flanigan said.

While some critics may argue police should be handling these calls, Flanigan says in most instances, the team is more than capable.

"Police have a lot of different jobs they have to do, so to be specialized in this area, isn’t always going to happen," Flanigan said.

As the program moves forward, the county will be working with researchers at UAlbany to analyze the data, with the eventual hope that it can be implemented in other places.