Police were at a home in New Scotland where a 35-year-old man was the victim of a homicide.

Investigators are focused on a home at 120 Miller Rd., and have a big area around the home taped off. The home is located in a brand new development. 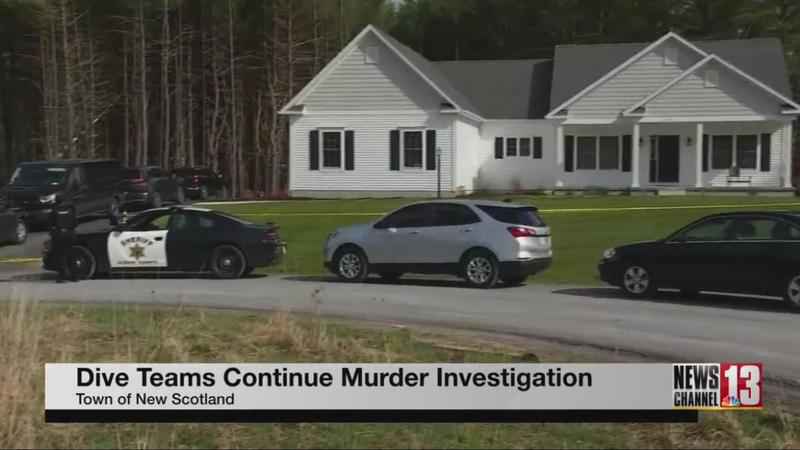 The investigation started with a welfare check on Wednesday. Police and family arrived to find the man dead on the floor inside the home he shared with his wife.

Albany County Sheriff Craig Apple said authorities have been searching for a murder weapon. Deputies have been focusing on a pond next to the home, with divers going in. It’s unclear what kind of weapon they’re looking for. Police have also not said how this man was killed.

Investigators in suits are carrying what appear to be boxes out of the home. They also just looked around one of the cars in the driveway. Lots of law enforcement here at the home in New Scotland. @WNYT pic.twitter.com/DupapyHMY7

New: investigators just showed up to the crime scene and are suiting up, presumably to go inside the home. There appear to be 3 people investigating. @WNYT pic.twitter.com/weXnzfYFfY

Investigators have a large area blocked off around this home on Miller Road in the Town of New Scotland. Appears to be where Wednesday’s murder took place. pic.twitter.com/47pMBgBJvf