We’re getting a better idea of the scope of the chemical PFOA In Poestenkill’s water. For months, NewsChannel 13 has been telling you about testing to figure out where the chemical is coming from and why it’s in the drinking water of so many homes in the area.

A town board member is frustrated there are still no answers about where forever chemicals in the town’s water are coming from.

In an update just published, New York State Department of Environmental Conservation found PFOAs in the groundwater of Dynamic Systems, Inc., a manufacturing facility in Poestenkill.

The state says other contaminants were found there in the past, like many other ‘superfund’ sites the state is testing.

The state’s website explains, "As part of DEC’s statewide and ongoing efforts to assess facilities that have or may have used PFAS, groundwater sampling at two local manufacturing plants (Dynamic Systems Inc. and Saint-Gobain Performance Plastics) has been completed at the request of DEC." 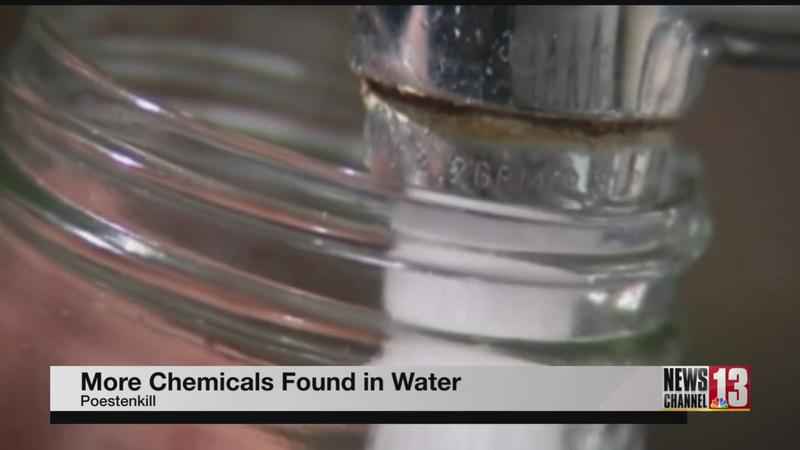 “It was on our radar screen to test anyway, so we brought that into our ongoing effort to look for these contaminants all over the state,” said Sean Mahar, Executive Deputy Commissioner of the DEC.

One sample is showing over double the amount permitted for drinking water. But DEC is calling the contamination low-level.

“I say low-level because they are very low level compared to some of the other sites that we’ve been involved in in the state, however any detection of these contaminants in the drinking water is a priority for New York,” Mahar said.

Town board member Eric Wohlleber is frustrated the levels are being called low when they’re still above the state limit. He also criticized the DEC for what he calls a lack of urgency to figure out the source.

“I would argue that if you were driving 140 miles an hour down the New York State Thruway and you went into a judge and said judge, I was just going over a little bit, I don’t think that would fly. You start to see a pattern of delaying, deflecting, minimizing, there’s no energy to actually try to find the source,” he said. "I’m not looking to place blame on anybody, any business. That’s not my concern. My concern is, we have to know where the plume is, and where the plume isn’t."

DSI is a six-minute drive from Algonquin Middle School, where chemicals were first detected during routine testing. The state says the two likely are not linked.

“Our scientists are still evaluating it but don’t believe it to be connected to the school’s water system or where the water in the school is coming from,” Mahar said.

The DEC says finding the source is a priority.

“We are prioritizing this, this community is a priority, and we’re not going to leave until the job is done and we have a good understanding of where these detections may be coming from

NewsChannel 13 spoke with DSI’s senior director. He says nothing they currently manufacture there uses the chemicals, and they’re willing to help DEC figure out where the contamination is coming from. He also said this would not affect employees working at the facility, since the chemical is not in the drinking water.

The state says the next step is to test the homes around the DSI site that have private wells.