New York Run for the Fallen is an annual event where runners run from Syracuse to Albany over the course of three days.

The event is put on to honor the men and women who died serving our country.

The event concluded Sunday at Lafayette Park in Albany. People from all over came together to run.

They read aloud the names of the fallen heroes.

There was a moment of silence and they read aloud the names of the fallen heroes. Organizers of the event say they have more than 1,000 names on their list. 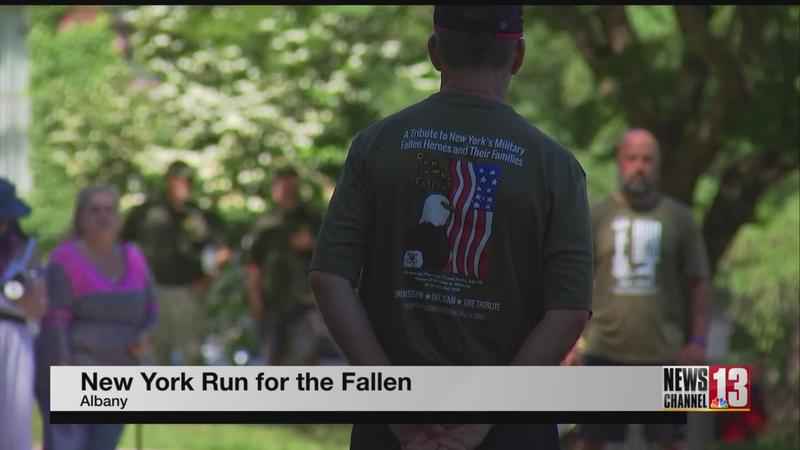 This year is the 20th anniversary of 9/11. Organizers say they are also honoring the first responders who lost their lives on that day as well.