New Yorkers watch as Gov. Kathy Hochul is sworn in

Gov. Kathy Hochul was sworn in during a formal ceremony for the public, Tuesday morning.

She officially became New York’s 57th governor during a private swearing in ceremony at midnight.

Hochul is New York’s first female governor, and she was sworn in by Chief Judge Janet DiFiore of the state’s Court of Appeals. Bill Hochul, her husband of more than 30 years stood by her side.

"It’s an emotional moment, but one I’ve prepared for," Governor Hochul told reporters in the minutes following the ceremony. 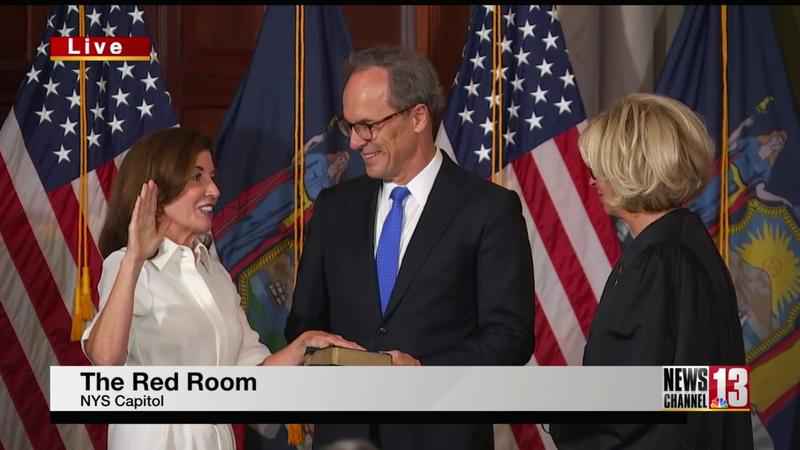 Following the swearing in ceremony, Hochul told reporters she spoke with President Biden. She said Biden’s pledged his full support for her administration.

Hochul said she’ll be addressing several key topics this afternoon, including combatting COVID-19, getting direct aid to New Yorkers quickly, and changing the culture of Albany. She’s set to address the state at 3 p.m. and NewsChannel 13 will be carrying it on air and online.

Gov. Hochul said getting New Yorkers to believe in government again is also a top priority.