Gov. Hochul is ending the mask mandate for businesses in New York state effective Thursday, Feb. 10. However, private businesses can still choose to require them.

In an announcement from New York City on Wednesday morning, Hochul said 90,000 New Yorkers tested positive about a month ago, while just over 6,000 people tested positive on Tuesday – a 93% drop in cases.

While 12,000 people were hospitalized in mid-January, Hochul says that number is down to 4,600 hospitalizations – a 63% drop. 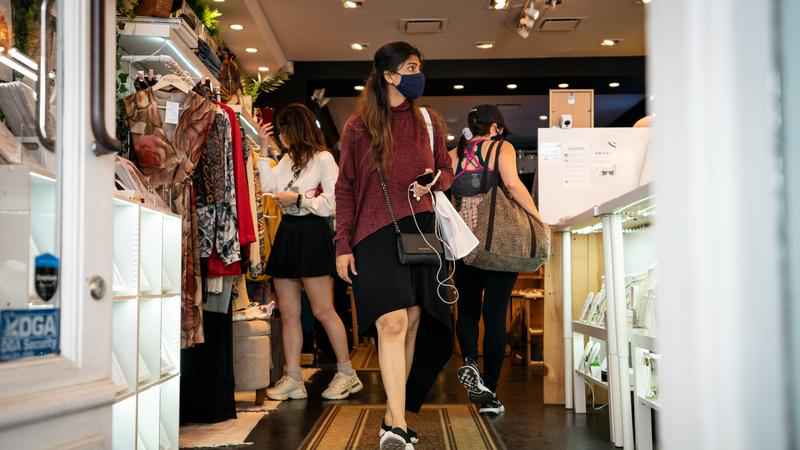 Customers wear protective masks as they browse in the retail shopping district of the SoHo neighborhood of the Manhattan borough of New York, Friday, May 14, 2021.[AP Photo / John Minchillo]

The mandate will still remain in place at schools, shelters, jails, nursing homes, childcare centers and public transportation for now.

?? ?? The mask mandate for NY state BUSINESSES is being lifted on Thursday, but you still must wear one at all these places. ?? https://t.co/xysAEPFZ47 pic.twitter.com/NAZCQFzPmh

Hochul says she is sending home test kits with K-12 kids. That way, parents can test their kids before they come back from February break. She said she will reassess masks in schools again in early March based on those data and metrics, along with other guidance from school and health leaders.