Newspapers from 1941 at center of Hudson Falls Pearl Harbor assembly

HUDSON FALLS – The discovery of some 80-year-old newspapers inside a family home led to a major Pearl Harbor day assembly in Hudson Falls on Tuesday.

A school custodian, George McKinney, was cleaning out his deceased aunt and uncle’s home, when he came across some well-preserved 80-year-old newspapers documenting the attack on Pearl Harbor.

Because of COVID, students were watching from their classrooms via YouTube as Matt Rozell, a retired Hudson Falls history teacher and author of books about World War II, told them in great detail about the attacks on Pearl Harbor. More than 2,400 Americans were killed in the surprise bombing by the Japanese on December 7, 1941. 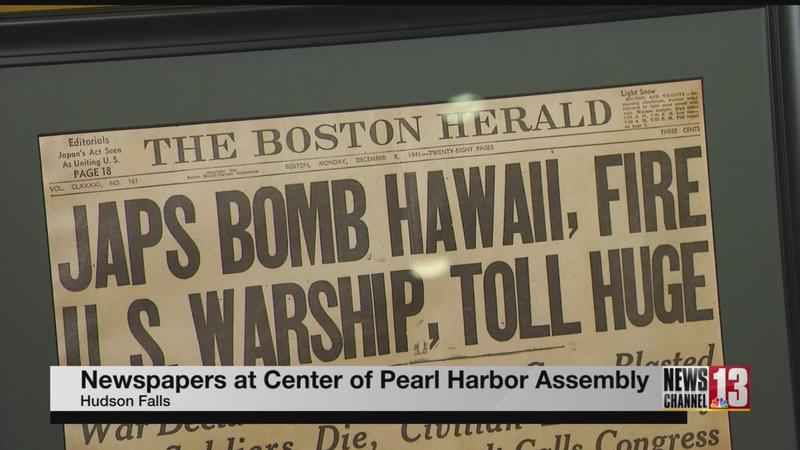 Headlining the assembly were newspapers from December 1941.

McKinney found them in a box marked "World War II" when cleaning out a relative’s home.

He reached out to history teacher Kim Shea, who jumped at the chance to frame them and preserve them for students to see and learn from.

Students also learned about a 19-year-old from their own community who was killed in the attack.

Learn about him by watching the video of Mark Mulholland’s story.