Niskayuna now has a new police chief. The selection comes after weeks of searching and after a little bit of controversy.

Sergeant Jordan Kochan was promoted. Niskayuna had a special meeting Wednesday where he was officially sworn in. Kochan acknowledged that the department had some issues, but he is hoping he can unify the department.

Kochan was sworn on Friday with many of his family members in attendance. Kochan was one of three finalists being considered for the job. All of the finalists were internal candidates. Deputy Chief Michael Stevens and Sergeant Todd Frenyea were the other two candidates. The town was initially going to have a disciplinary hearing for Stevens this past Tuesday.

That hearing was cancelled. Niskayuna Town Supervisor Yasmine Syed said the matter would be addressed internally. Prior to that, Chief Frances Wall retired in June after serving as chief for less than a year. Before that, Chief Daniel McManus left suddenly.

Kochan acknowledges it’s a tough time for the department, but he says he is ready to lead. Syed says Kochan scored the highest on the police chief civil service test compared to the other candidates. 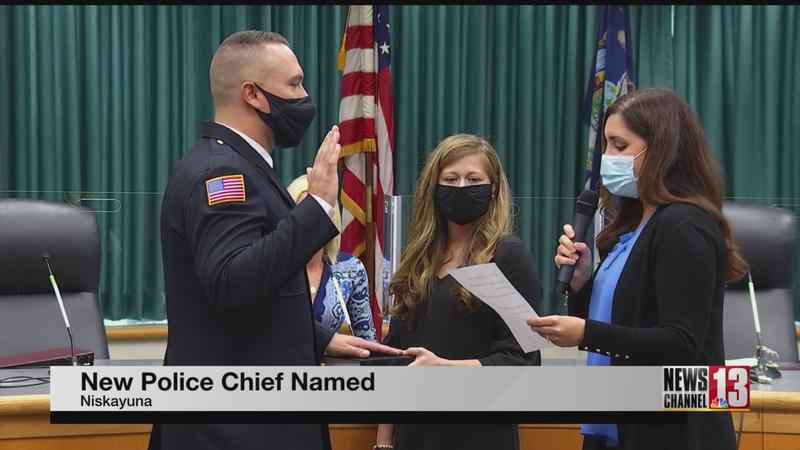 Chief Kochan has been serving with the department for more than 13 years. He said he always had aspirations of being the chief. Now he accomplished that goal.