A man accused of stabbing his wife to death at their North Adams home is being held without bail.

Luis Rosado was arraigned Thursday afternoon in the of killing his wife Jillian last Saturday. Police discovered her body the next day, after a witness called 911.

Jillian’s sister wants to know why her husband, with a history of domestic violence, was able to allegedly stab her to death just five months into their marriage. 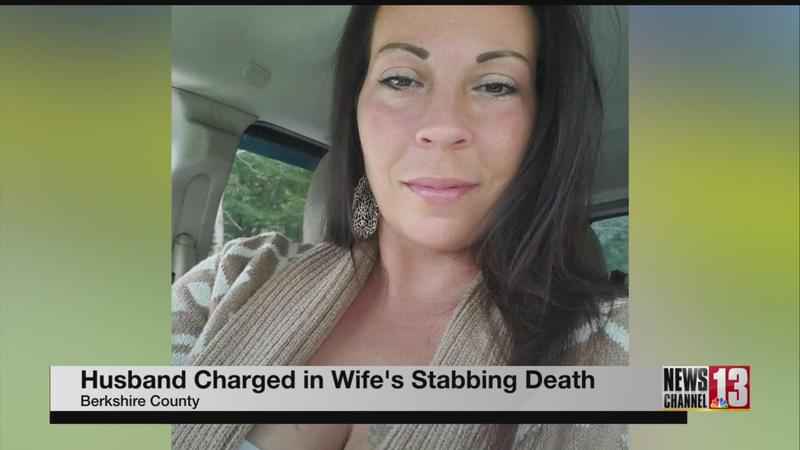 Siperoglu wants her sister to be referred to by her maiden name, Jillian Tatro.

Law enforcement says Rosado stabbed and killed her at the home they shared on Charles Street in North Adams.

At a press conference Thursday afternoon, they said they had evidence the two were arguing before communication stopped coming from Tatro’s phone.

He was arrested Thursday morning on Fenn Street in Pittsfield at what police would only describe as a residence.

Rosado was convicted of violent abuse, including strangulation, of a different partner in 2020.

"Once an individual strangles their domestic partner or their intimate partner, that partner’s chance of being murdered goes up by 750%," she said.

"She’s my father’s baby, he has four kids, she’s the baby, and now she’s gone," said Siperoglu of her sister.

She, along with friends, showed up to court to support Tatro. They say she loved the outdoors, was a horseback rider, and loved her two kids and grandkid.

Siperoglu says family members knew she was being abused, and they feared for her life.

Harrington confirms police had arrested Tatro for abusing Rosado earlier this year and says the D.A.’s office is looking into why, when family say they knew she was the victim.

"Perpetrators of domestic violence can be very manipulative, and very savvy about manipulating legal systems in order to carry on their abuse, and sometimes that does include seeking criminal charges against their victim. That’s a topic, as I said, that we would need to be looking into the facts in the circumstances of those cases," she said.

If you or someone you know is a victim of domestic violence, help is available. The National Domestic Violence Hotline can be reached at 1-800-799-SAFE. The Elizabeth Freeman Center provides resources in the Berkshires with offices in Pittsfield, North Adams and Great Barrington. The center’s number is 413-499-2425.

1/3 Family is remembering Jillian Tatro. They say she loved the outdoors & rode horses. Police say her husband of 5 mos, Luis Rosado, stabbed her to death at a home they shared in North Adams Saturday. @WNYT pic.twitter.com/25E0FO9MSK