The co-founder of NXIVM will spend 42 months in prison. Nancy Salzman of Halfmoon learned her fate Tuesday at the federal courthouse in Brooklyn.

She pleaded guilty in 2019 to racketeering conspiracy for her role in the self-help group she started with Keith Raniere.

Prosecutors Say Salzman cooperated with their case against Raniere, who was convicted and sentenced to life in prison. But they say Salzman also benefited for decades as Raniere’s fiercely loyal second-in-command.

Her lawyers had asked for no prison time, arguing Raniere had manipulated her.

She will begin serving her sentence in January. 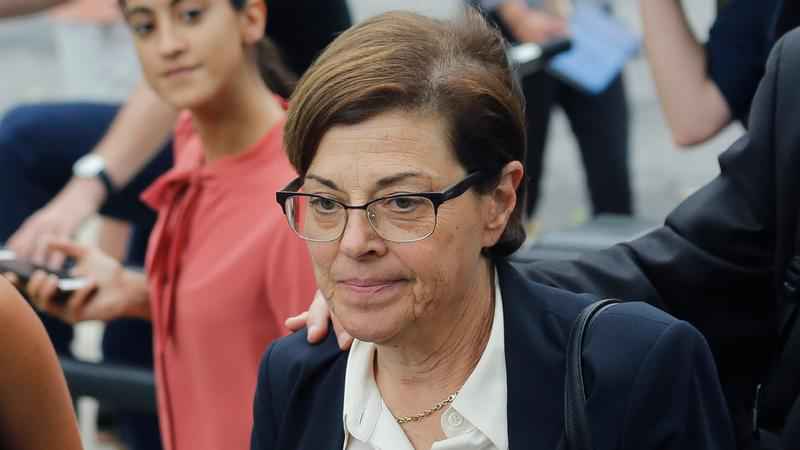 Nancy Salzman, center, a defendant in a case against NXIVM, accused of branding some of its female followers and forcing them into unwanted sex, leaves federal court in Brooklyn, Wednesday July 25, 2018, in New York.[AP Photo/Bebeto Matthews]