Nearly 100% of all New York state judges and professional staff have been vaccinated, or filed a medical or religious exemption.

That’s according to New York’s Chief Judge Janet DiFiore, who gave an update on Monday.

The statewide mandate was challenged by several court unions.

However, a decision by the Albany County Supreme Court earlier this month cleared the way for it to proceed. 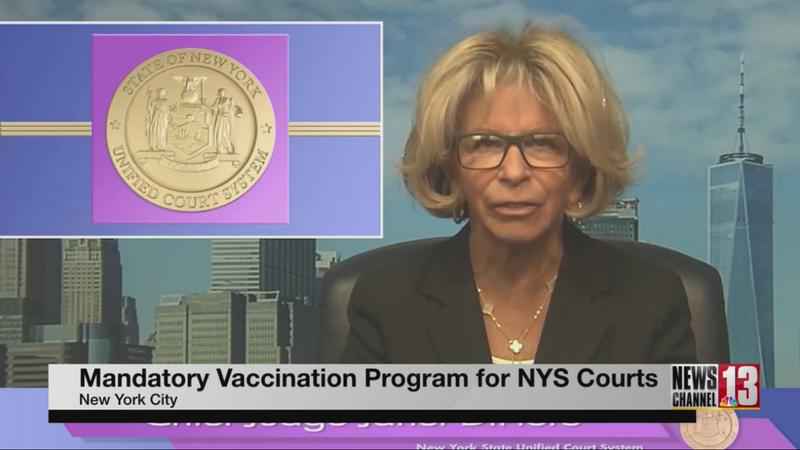 DiFiore says court dockets are filling up again, as health and safety improves. She says the next challenge is to increase trial capacity, so the courts can handle all the new cases.