ALBANY – Farmers from across New York state were at the state Capitol on Wednesday. They’re concerned about the state lowering the overtime threshold for farmworkers.

New York State’s Wage Board plans to get together soon to decide whether farmers need to pay workers overtime for work beyond 40 hours in a given workweek.

Overtime for farmworkers is currently 60 hours per week.

If the overtime threshold were to change, farmers believe it could signal the death knell to the farming industry in New York state. 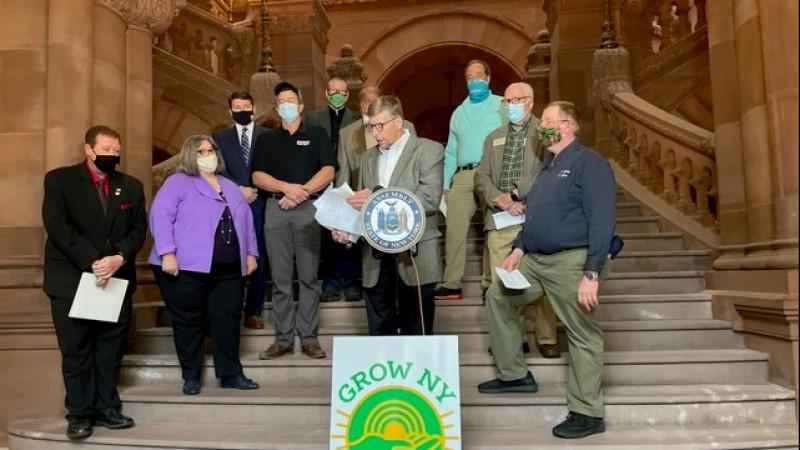 A stack of 200 letters from farmers in New York state was delivered to Gov. Hochul’s office and the wage board not to change the overtime standard.

"I’ve got to tell you that there’s not enough profit or margins to be able to do that in the industry," said Peter Ten Eyck, with Indian Ladder Farms. "We’re going to lose farms, the weaker ones first, and then the big one will hit when young people are no longer going to go into farming because there’s no money in it."

Learn when a final decision is expected by watching the video of Dan Levy’s story.