CLIFTON PARK – At a time when whiskey manufacturing is ramping up inside post-pandemic distilleries across New York State, there’s something else — non-potable — that’s also brewing. And it’s leaving a bad taste in the mouths of many business owners.

"It’s taken our legs out from under us," says Matt Jager, owner of Yankee Distilleries in Clifton Park, "It’s disheartening to say the least."

Jager says he’d be hard pressed to come up with any negative consequences of the alcohol-to-go program that he credits for keeping his business afloat during the pandemic. That’s why he’s perplexed that at midnight Thursday night curbside cocktails and home booze delivery will end.

"It’s just beyond frustrating," he asserts, "because we did the right thing the whole time." 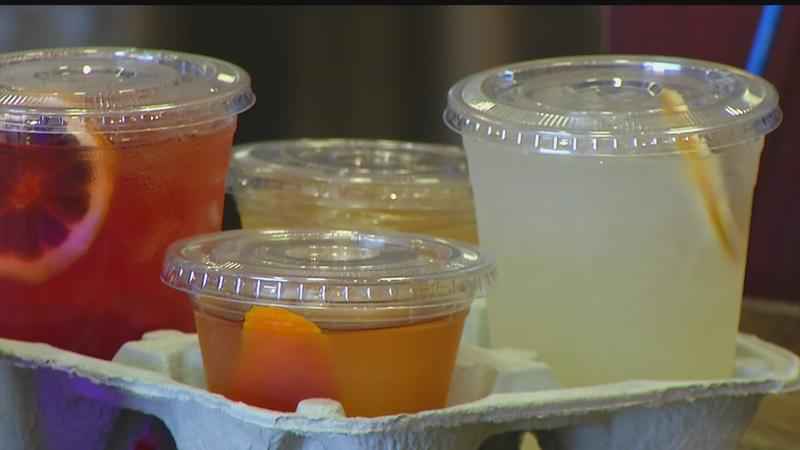 "These industries did the right thing during the pandemic," declared Todd Shimkus, President of the Saratoga County Chamber of Commerce. "It’s part of the reason that we’re climbing out of it now and it’s time for the legislature to do the right thing for them."

Fellow beverage manufacturers, distributors, and bar and restaurant owners gathered at Jager’s distillery Thursday afternoon imploring the state legislature to return to Albany to fix the mixology mix up.

"The ineptitude of the leadership of the New York State Legislature is dumbfounding," declared Dominick Purnomo, owner of dp/ Yono’s in downtown Albany.

Purnomo points out his industry employs more than half a million workers statewide, and he questions the wisdom of lawmakers who are siding with liquor store owners — many of whom did well during the pandemic — who oppose an alcohol-to-go extension.

"It just shows how asinine and disconnected the leadership in the assembly is," Purnomo adds.

Other business owners who attended Thursday afternoon’s news conference were equally critical of the legislature.

"It’s terrifying frankly to deal with all levels of government and it’s frustrating to deal with the state legislature," said John Curtin, owner of Albany Distilling Company.

Meanwhile, Cohoes Assemblyman John McDonald issued a statement Thursday afternoon that read in part, "This is not the way to treat small businesses, especially our restaurants who were profoundly impacted by the pandemic and are an integral part of our communities."

New York’s state of emergency is now over, but it’s not all good news for bar and restaurant owners.

No more emergency order means the end of a popular, and successful pandemic-era development.

Business owners in Clifton Park are teaming up, hoping to make alcohol to go a permanent program.

Beverage manufacturers, distributors, and restaurant owners are beside themselves.

Most of their anger is aimed at the New York State Legislature, which left town earlier this month without passing a bill to extend alcohol to go, a program that many business owners credit with keeping their businesses afloat.

They’ll no longer to be able to deliver booze and cocktails to your doorstep.

Many of the business owners are facing six and seven figure deficits from the pandemic and are desperate to climb out of their deep fiscal holes.

They are calling on the legislature to return to Albany and fix this situation as soon as possible.

Hear their frustrations by watching the video of Dan Levy’s story.