New York state has shattered another COVID record Gov. Hochul announced Wednesday that 67,000 new COVID cases were reported across the state on Tuesday. That’s out of 362,000 tests in one day. Sadly, another 97 people have died. 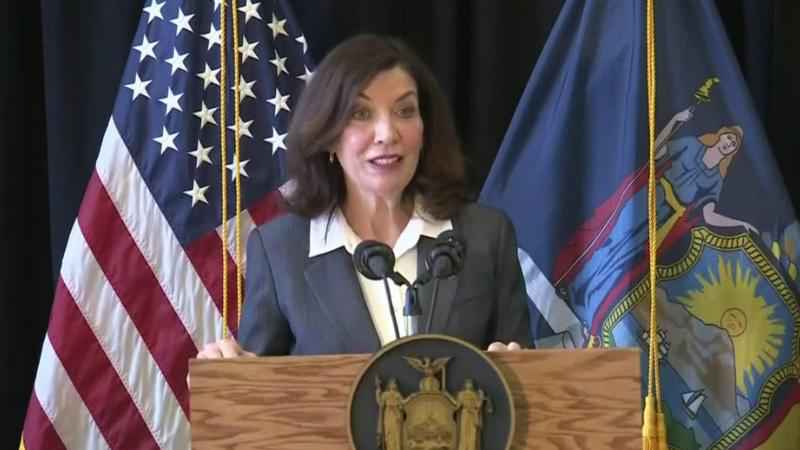 While hospitalizations continue to increase, Hochul says so far, they are able to keep up with the capacity. However, she also warned about a January COVID surge on the way.

In a briefing in Clinton County, Hochul continued to reiterate that the mask and vaccination option continues as an alternative to shutting businesses down. She continued to urge people to get vaccines and boosters.

She also said her plan is still for kids to be back in school on Monday, and noted she met with 500+ superintendents on Tuesday to discuss a rigorous testing plan, where students can test at home and then stay in school.

Kits will be given to students if anyone in the classroom tests positive. All students will report back to school the next day if they are asymptomatic and test negative. Students will then have to take two at-home tests over the course of seven days. Hochul once again noted that 37 million test kits have been ordered to get this done across the state.

Hochul also thanked frontline health care workers for their resiliency during the pandemic.

"Everyone in this whole healthcare ecosystem, or the people who work in our vaccination sites, they are owed a tremendous debt of gratitude," said Hochul.