New York State Police say Craig Seeley and his daughter Katie Seeley died in the helicopter crash Saturday evening. Both lived in Argyle. Neighbors in the area say they are still in shock by what happened.

Zoe white lives on Pleasant Valley Road in Argyle. Her house is not too far from where the helicopter crashed Saturday. She says a neighbor called her just to make sure one of her tractors didn’t explode.

“Yesterday I was feeding my grandchildren super and the phone rang, and they said Zoe there’s been an explosion right across the field from your house. And we looked out and there was huge plumes of smoke. Right big black, right across the tree," said White.

New York State Police confirmed that there was a helicopter crash in a wooded area off of West Valley Road. Police say 56-year-old Craig Seeley and his 34-year-old daughter Katie Seeley were on the helicopter and died in the crash. 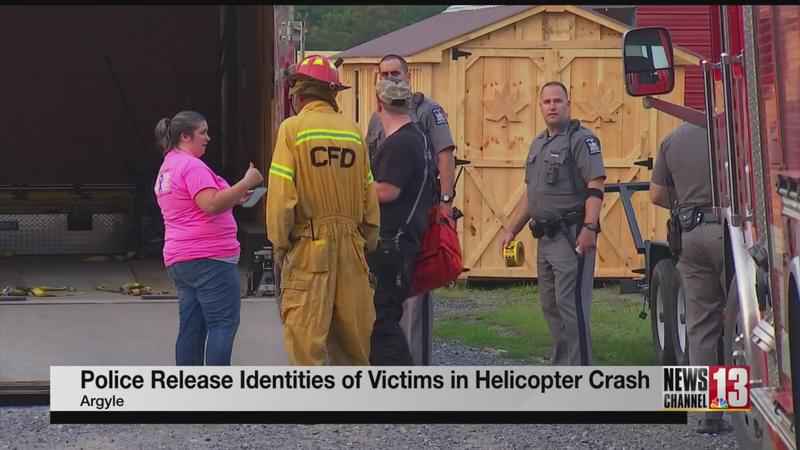 While it was devastating, White says she impressed by the response of the first responders.

“It was amazing to see everybody come together so quickly within just a few minutes. We live in a rural community. You know sometimes it takes awhile where you got to, but people were awesome, coming everywhere to help.”

NTSB is now the lead agency handling this case.