Albany police are investigating a shooting that killed one person and injured six others.

Police say they were called to the 100 block of North Lake Avenue, near Elk Street, for reports of a shooting around 10:50 p.m. Saturday.

When officers arrived at the scene, they found 29-year-old Alexander Bolton of New Bedford, Massachusetts. Police say Bolton had been shot in the torso. Bolton was taken to Albany Medical Center where he later died.

Shortly after that, Albany Medical Center notified police that six men had entered the emergency room, all with gunshot wounds. The men range in age from 25 to 42 years old.

Police determined the six men had also been shot on North Lake Avenue. All six are expected to survive. 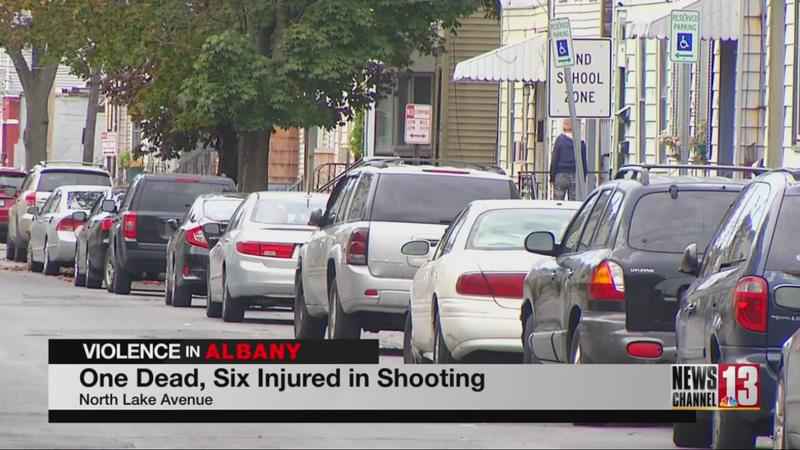 Nearby neighbors say they are concerned about the violence. The gunshots woke up people who live in the neighborhood.

There is no word on any arrests. If you have any information, you are asked to call Albany police.

"I have been in constant communication with Chief Hawkins throughout the late night and early morning hours. Based on the preliminary investigation, I have the utmost confidence the Albany Police Department will identify those responsible for this brazen act of senseless gun violence, arrest them, and ensure they are held accountable for their callous acts.

In addition to the Police response, our Department of Buildings and Regulatory Compliance issued a Cease and Desist Order this morning to prevent any use of the building, and the building’s electricity has been disconnected. We have been citing this building for more than a year and will continue to utilize every tool available to prevent and respond to gun violence."

"This shooting incident is a painful reminder of the traumatic impact gun violence has on individual families and our community. While we are still in the very early stages of our investigation, I am confident we will identify those responsible and bring them to justice."