ALBANY – It’s been about a year since Albany Mayor Kathy Sheehan said she wanted a statue of Philip Schuyler to come down. However, it’s still there.

NewsChannel 13’s Subrina Dhammi caught up with the mayor Friday to find out what happened.

Mayor Sheehan says the biggest hold up is the cost of about $40,000 just to take it down.

The mayor says the other question is where the statue would go.

The mayor says the plan still is to eventually take it down. 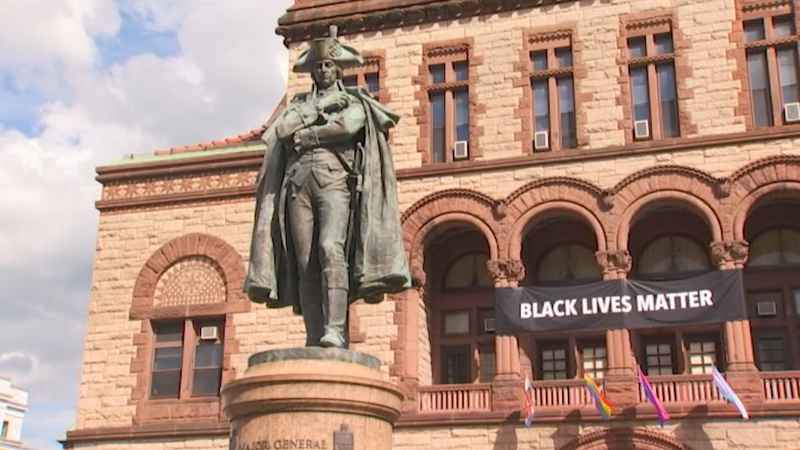 The Philip Schuyler Statue in Albany.[WNYT]

Philip Schuyler was a prominent figure in the Revolutionary War and was also the largest owner of enslaved people in Albany.
The statue was dedicated in front of Albany City Hall in 1925.