The first South High Marathon Dance in 1978 had just a few dozen dancers. They wore ski racing bibs borrowed from West Mountain. It was put on by the Student Council. A young art teacher named Bill McCarthy was the adviser.

"The intention was to do a community project, so the kids could give something back to the community,” explained McCarthy. “The rule was this has to be all you. You have to organize it, you have to decide what, you have to do the work. I will facilitate," he remembered.

He remembers the brainstorming sessions.

"Different ideas, things we could do to raise money. Somehow it became a marathon, I don’t know the moment or who even came up with it, and they latched onto that. Then the first question was ‘How do you do a marathon,’” recalled McCarthy. 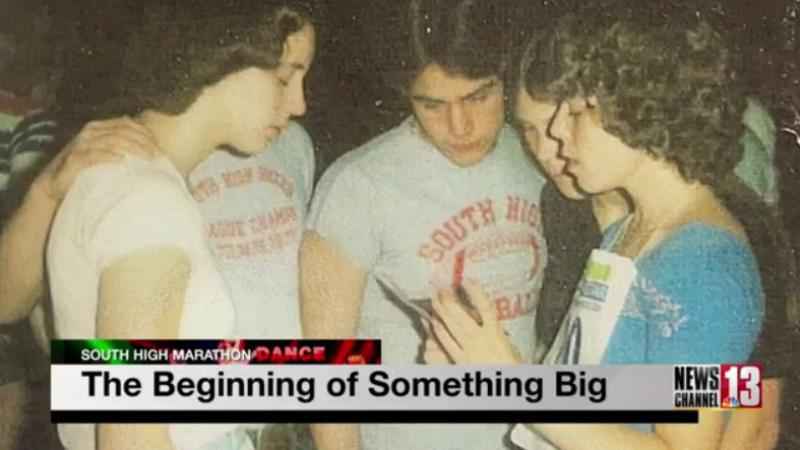 The first step was to get permission from the principal and the superintendent. Then he had to figure out how the marathon dance should be done.

They started right after school on Friday and the kids had to be dancing for all 31 hours, so they did it in shifts.

The married, father of two was the primary chaperone and stayed awake for the entire marathon.

Back in 1978, the total of $1,500 raised went to the Moreau Emergency Squad. Now, with 80% of the student body involved, they raise several hundred thousand dollars every year for local charities and people battling illness.

However, McCarthy refuses to accept any credit, instead praising the community, the volunteers, and most of all the students.

Learn about what happened the first moment organizers realized the total raised had hit six figures by watching the video of Mark Mulholland’s story.