Just after sunrise Thursday morning, you’ll have the chance to see a special sight along the eastern horizon, a partial solar eclipse.

"For most of us, it will be a crescent. That is the most that we will see, like a Pac-Man," said George Hassel, teaching faculty for physics and astronomy at Siena College.

It occurs when the moon moves between the earth and sun, casting a shadow and blocking some of the sun’s light. Around 5:35 a.m. you’ll get the best look.

"It will actually go pretty quickly once it starts," he added.

For the best viewing spot, head to a place with a clear and unobstructed view of the eastern horizon. However, you shouldn’t just turn an eye to the sky. Solar eclipse glasses are a safe option. 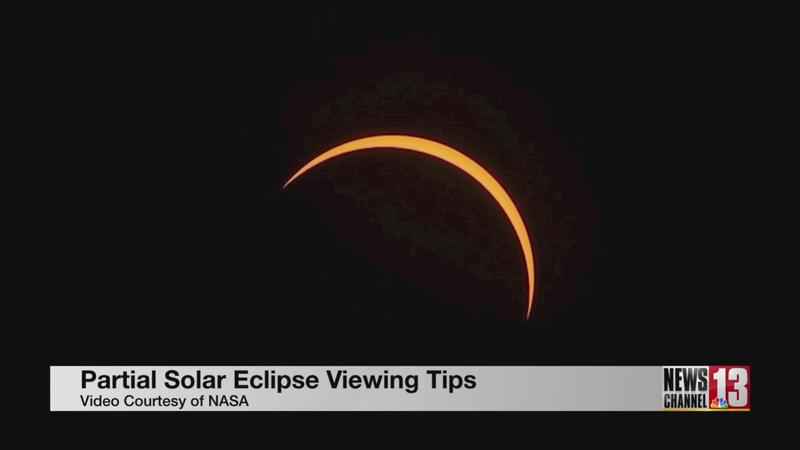 "The thing to avoid is to try to look directly at it. Don’t use binoculars and don’t use a telescope," Hassel said.

While partial eclipses happen about twice a year, being able to see one clearly and in-person is a rarity.

If you can’t view the partial eclipse in person, you can also find a stream here.

NewsChannel 13 will have team coverage on the partial eclipse Thursday morning on Early Today.