Petersburgh residents finding out if they qualify for water settlement

PETERSBURGH – The class action lawsuit in Petersburgh regarding PFOA contamination might be a done deal, but concern in the community is far from over.

"I have lingering concerns, especially in the medical field," says Ben Krahforst, a Petersburgh resident. "I have family that have medical issues that have links to PFOA."

Krahforst is one of many Petersburgh residents looking to be made whole from proceeds of a class action lawsuit brought against Taconic Plastics, which over the past several decades dumped large quantities of toxic PFOAs into the town’s drinking water.

"We bought the house, and we’re right on the Little Hoosick River, and it was beautiful," said Kathleen Share, who along with her husband moved to Petersburgh 34 years ago to raise their children. Finding out their water had been poisoned devastated them. 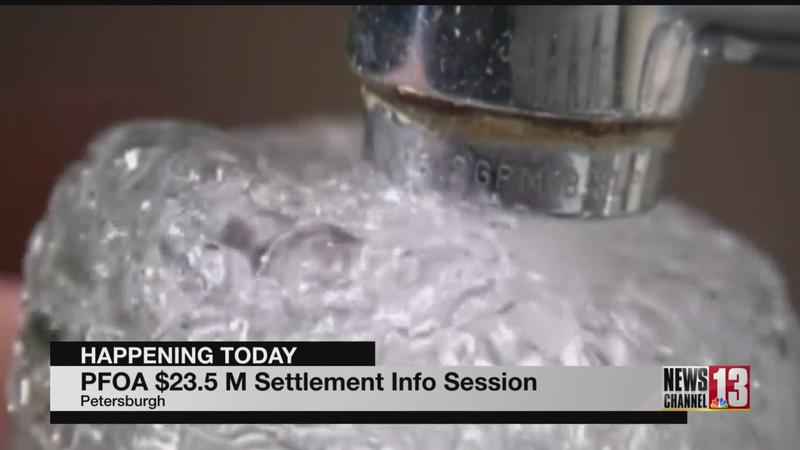 Many in the community gathered on Monday night to hear details of a settlement reached with Taconic. Of the $23.5 million, $4 million will reimburse residents on the public water system, another $4 million will take care of private well contamination, and $8 million will be used for medical monitoring for up to fifteen years.

Attorney Steve Schwarz informs Petersburgh residents about how their $23.5 million PFOA class action settlement money will be divvied up and who is eligible. pic.twitter.com/0Le4gqObFj

Attorney Steve Schwartz was instrumental in winning the settlement, which he estimates will benefit roughly 500 people.

"I think $23.5 million is pretty high accountability," Schwartz stated. "I think that if we hadn’t been able to prove our case, they wouldn’t have offered that settlement. So we are very satisfied with the settlement here."

The filing deadline to claim a share of the settlement money is April 4. Schwartz points out that just because someone claims a share of that settlement pot, it does not disqualify them from later filing a private lawsuit.