PETERSBURGH – Over the past several decades, Taconic Plastics has dumped large quantities of toxic PFOAs into Petersburgh’s drinking water. PFOA exposure has been linked to myriad health problems including testicular and kidney cancer, and Thyroid Disease.

The $23.5 M proposed settlement will pay property owners for damages whether they’re on the town’s public water supply or whether their private wells were contaminated.

"For Petersburgh, I feel like it’s going to be a sense of vindication that the company had to acknowledge that they did cause damage," said Emily Marpe, one of the plaintiffs in the class action lawsuit brought against Taconic. "They contaminated the town and they hid it for years."

What Marpe likes most about the settlement offer is the 15 year medical monitoring program for individuals — like her three children — who have had certain levels of PFOA detected in their bloodstreams.

"It provides closure in a sense that there is a weight off my shoulders," she says, "I don’t have to fight so hard. I have a resolution now to my children’s future, and that was huge. My children are my number one priority." 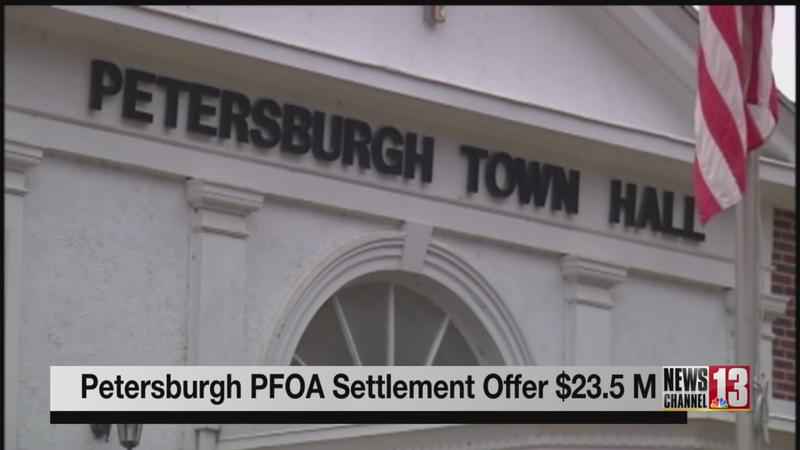 Taconic’s President Timothy Kosto issued a state on Friday that read: Taconic is pleased to have settled with the plaintiffs in the Petersburgh class action lawsuit. For more than 60 years, Taconic has been committed to the success of our local community. We look forward to continuing our commitment to the health and safety of our employees and members of the community and to providing sustainable employment opportunities and economic stability to Petersburgh and the surrounding communities.

"It’s not a winning scenario," Marpe stresses, "People died. People are ill from the diseases and the illnesses associated with consuming water contaminated with PFOA. So I don’t feel like we’ve won. I feel like the company finally took some accountability."

But also, deep down, Marpe knows the PFOA ordeal will likely haunt her for the rest of her life.

"For me personally, I can tell you, that it’s been a nightmare," she says, "It has consumed my life for the last five and a half years. It has robbed my children of their mother because of my time dedicated to this topic and to staying on top of things."

Because Marpe is being treated for Thyroid Disease, she has her own individual lawsuit going against Taconic, which means she is not part of the class action suit and will not benefit from it. Her children will benefit.