PITTSFIELD – Firefighters spent hours putting out flames at the White Terrace apartments on North Street. The first call came in around 11:30 p.m. Wednesday.

When Deputy Chief Neil Myers arrived, he quickly realized he needed back up.

"Right away, we called in a double alarm, a second alarm, which brings in additional manpower and two more engine companies," Myers said. "We got here, and we had heavy fire coming out of the first floor, on the right side of the front of the building. We had heavy smoke on the fourth floor, throughout the entire fourth floor, coming out from the windows and the eaves of the building."

This isn’t the first time firefighters have been to these buildings. On September 10, 2017, they put out a fire in the middle building, which left dozens of people homeless.

This time, firefighters say all three buildings in the complex were vacant. 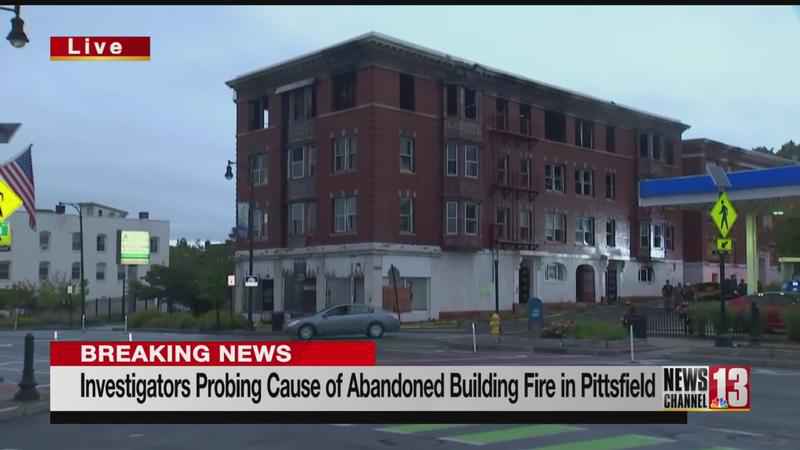 "They’ve been under renovation for a long time, so I wasn’t risking any lives to go inside this building," Myers explained.

He says battling the flames from the outside wasn’t easy.

"All the windows on the fourth floor were boarded up, so we had to physically go out there with the ladder trucks and bust out the windows to get our hose streams in the building," he said.

Myers says two firefighters were taken to the hospital for smoke inhalation.

A small group of firefighters remained at the scene Thursday morning. The deputy chief says the cause of the fire is under investigation.