Starting last week, a group of his officers now take part in training every Monday at the ZenQuest Martial Arts Center.

The chief says most officers across the country don’t get enough subject control and defensive tactics training. He wants to fill the gaps with Jiu Jitsu.

"Officers without training, when they are confronted with what we would describe as actively resistive and/or assaultive behavior, they’re either going to go to empty-hand strikes or they’re going to go to some other force option," said Chief Wynn. "We’re trying to give them another tool so that they don’t have to go to strikes or pepper spray or a baton." 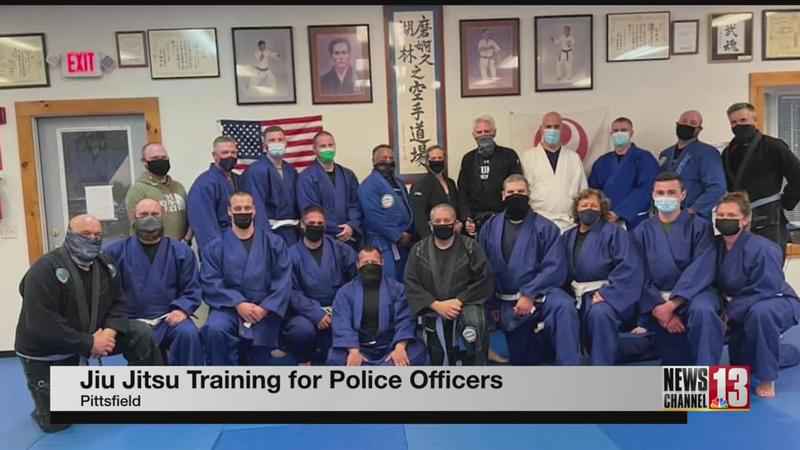 A study, or white paper, by the Marietta, Georgia Police Department on their Jiu Jitsu program shows that it led to fewer injuries, as well as less use of other force options.

The new program in Pittsfield got a lot of response very quickly.

"I think that given the national climate and some of the stuff that’s happened elsewhere in the country, officers are hungry for more knowledge," said Chief Wynn.

This kind of training is a growing trend around the country. For Pittsfield police, this is a nine-month training program.

Officers are getting the basics: maintaining control, position and posture.

"We’re really just working on showing the officers that in a situation that’s gone dynamic, using principles of Jiu Jitsu, they can maintain control of the subject until their backup arrives without having to escalate," said the chief.

It’s giving them another tool to use when faced with an aggressive, unarmed person.

Chief Wynn hopes to expand the program next year.

"For the departments that are not able to do this year or haven’t looked at it yet, the Marietta, Georgia white paper is well worth a read," he said.

"It was something we had been discussing for a very long time. To finally be able to bring it to fruition is something that I’m very proud of."