The operator of the limousine company involved in the 2018 crash in Schoharie that killed 20 people will avoid time behind bars. Nauman Hussain pleaded guilty to 20 counts of criminally negligent homicide. The seven-page plea agreement means he’ll get five years probation, and 1,000 hours of community service, but no jail time.

The plea deal essentially means while he accepts responsibility for the Schoharie limo crash, he had absolutely no way of knowing that such a horrific accident could have happened back on October 6, 2018. That was the day a limo sailed through the intersection of routes 30 and 30A and into the parking lot of the Apple Barrel Store and Café. It hit a parked SUV before winding up in a gully. The driver, 17 passengers, and two bystanders in the parking lot died.

The NTSB said it was "the deadliest transportation-related accident in the country since 2009."

Families of the victims were there to deliver victim impact statements. They lasted approximately three hours. It was clear they are less than thrilled with this outcome.

However, the agreement strongly points to Mavis Discount Tire as being primarily responsible for the catastrophic break failure that caused the crash. 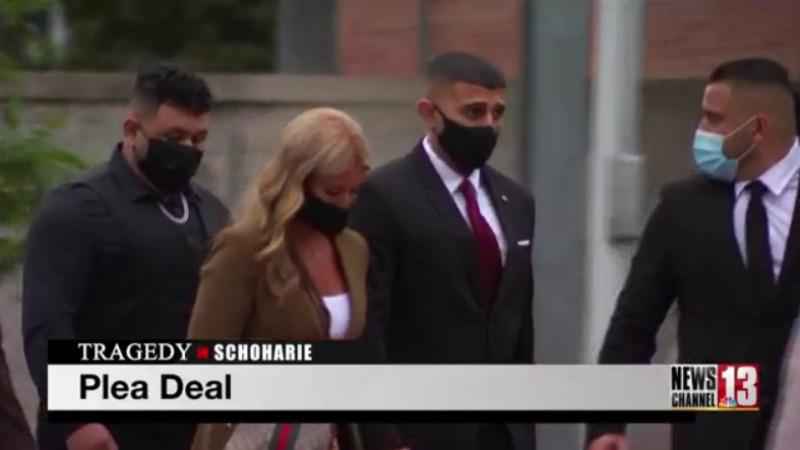 The fact that Hussain alone could not be held responsible is likely the reason why he walked out a free man.

"I feel that we all worked very hard to make sure justice was served," said Schoharie County District Attorney Susan Mallery.

"[Hussain] was crying throughout that whole proceeding, and he’s been affected." said Joseph Tacopina, Hussain’s attorney. "I’ve known him for…just about two years, and he’s been really shaken by this to the core."

Hussain did not speak for himself, but NewsChannel 13 is told he will speak at sentencing at a future date. That date hasn’t been announced yet.