BETHLEHEM – Gov. Kathy Hochul made a huge economic development announcement in the town of Bethlehem on Tuesday.

Hochul was on hand at the Vista Technology Park, where Plug Power broke ground on a huge $55 million expansion project.

The expansion promises to bring 1,600 new jobs into the town of Bethlehem. Beyond that, folks are saying it will transform this town into the greenest county in the United States.

The project went from concept to concrete in a little more than five months. 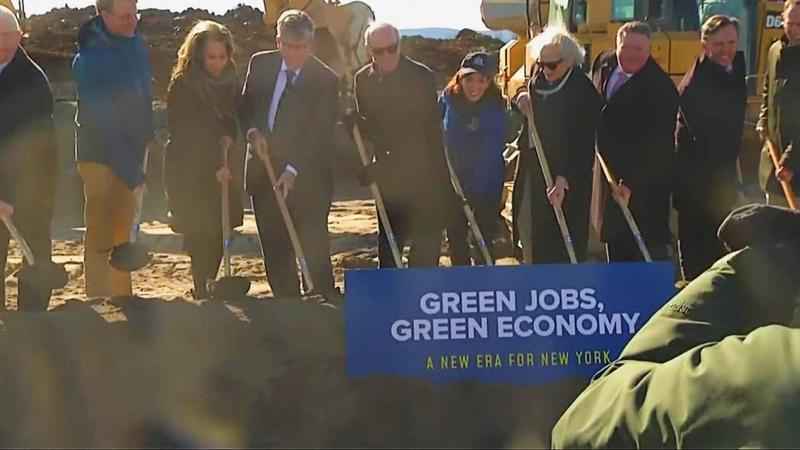 When it’s done, there will be a 300,000 square foot manufacturing plant.

Here on this site, they’ll be developing clean hydrogen energy.

The Plug Power facility in Latham will remain.

Hochul says creating new clean energy is an ideal way to ween Americans off foreign oil, and establishing energy independence, pointing out we are always at the whim of geopolitical circumstances as we’re seeing in Russia right now.

Learn about just how fast they expect to get this plant built and open by watching the video of Dan Levy’s story.