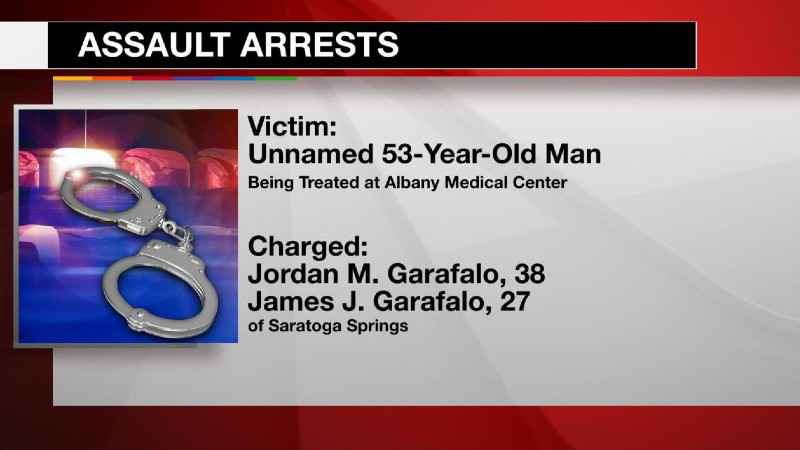 Police arrested two men after a fight in Saratoga Springs this weekend.

It happened on Caroline Street Saturday night. Police say they found a 53-year-old man unconscious in the road.

The man is being treated at Albany Medical Center, and his condition is not known.

Police arrested 38-year-old Jordan Garafalo and 27-year-old James Garafalo. They are both from Saratoga Springs.