Sunday was the final night for the Capital Holiday Lights in the Park, closing out 25 years of Christmastime magic in Washington Park. Organizers say they’re now looking for a new community for their setup.

“It’s been a great year,” said Lenny Ricchiuti, Executive Director of the Police Athletic League (PAL), which puts on the annual event.

The city has told organizers that traffic created in the street hinders pedestrians walking in the area and strains businesses. It’s why the lights are being asked to leave.

But some are not happy to see the capital lights leave the capital. One neighbor approached NewsChannel 13 to say the traffic isn’t trouble for her family, especially with guests following time slots this year to make traffic flow. She’s sad to see this tradition leave the area.

“This worked perfectly this year, buying a time slot. Last year, obviously, people were stuck in their homes, everyone came out,” said Denise Dougherty, who said she lives across the street. “It’s really unfortunate, like, I’ve had no problems parking in the past, I’ve lived here 5 years now. And it’s, in my opinion, I can’t speak for all my neighbors, but everyone that I’ve talked to, they’re like, ‘You’ve got to be kidding me.’” 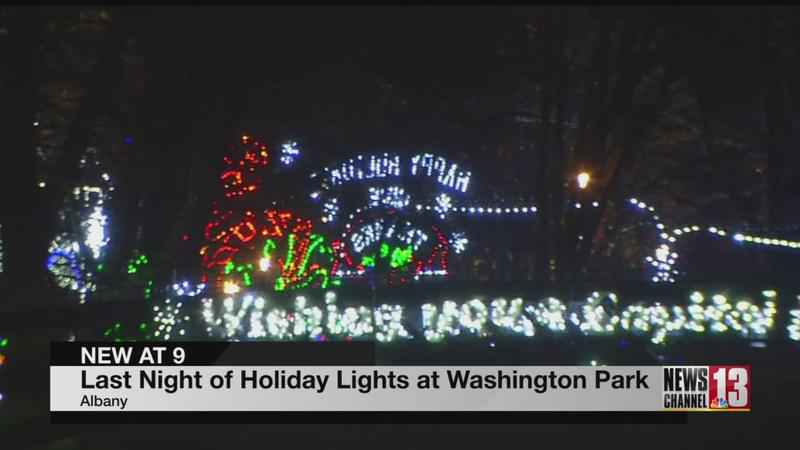 Organizers say the show must go on, and the timeless tradition will continue. They’re just not sure where yet.

“It’s obviously bittersweet, but we look forward to the future with a great deal of optimism,” said Ricchiuti.

The event will keep supporting kids all over the city through the Albany PAL’s programs.

Organizers say it’ will still be a few weeks before they know how much money they raised for the PAL.